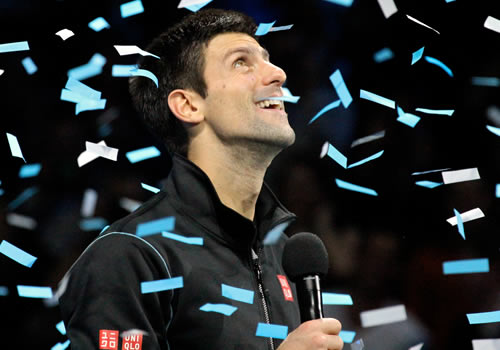 The first time that Novak Djokovic won Wimbledon, he had already made a legitimate claim for being the best player on the tour that year.

It was 2011, and he had lost just one match, the semi-final at Roland Garros, after winning back-to-back titles from the Australian Open in January through to the Rome Masters in May. It took his tally to 43 consecutive match-wins and seven titles, but just as important were the names he had beaten to claim this remarkable run.

On the hard courts of Melbourne, he beat Tomas Berdych, Roger Federer and Andy Murray in succession. In Dubai, he again beat Federer in one of the Swiss man’s most successful tournaments.

He achieved a rare double with the two huge North American Masters of Indian Wells and Miami, again beating Federer but also Nadal in both finals.

Not content with that, he even dominated the ‘king of clay’ Nadal at the Madrid and Rome Masters before finally ending his unbroken run in Paris.

So there is no doubt that it was Djokovic’s ‘time’ to claim the No1 ranking, and that he should do so by winning his first Wimbledon title turned it into double delight.

As if to assert his dominance over his rivals, the Serb went on to win the Montreal Masters, reach the final in Cincinnati, where he was forced to retire against Murray, and then beat Federer and Nadal back-to-back to win his first US Open title. By year-end, he had won 70 matches and 10 titles—and would go on win in Australia in the New Year, too.

Djokovic held on to the top spot for precisely a year, when Federer would do just the same: win Wimbledon to reclaim No1 in July 2012. But it would not be long before Djokovic was top of the pile again—this time courtesy of victory over Federer in the final of the World Tour Finals that same year.

A resurgent Nadal in 2013 denied Djokovic the year-end No1 even though the Serb again won the year-end title at the O2. However, completing a perfect circle, Djokovic did the double again yesterday, winning a spectacular five-set final worthy of the No1 ranking. In doing so, he sealed his place among the elite eight for the World Tour Finals—the first man this year to do so.

But this time round, the Serbian champion talked of even deeper emotion than the first time.

He said: “This is a tournament I always dreamed of winning, so it never gets boring winning Wimbledon, that’s for sure. Winning in 2011 was the highlight of my career but this win over Roger is probably the best Grand Slam final I have ever played in my life.

This will mark Djokovic’s 102nd week as world No1, and already he must be an early favourite to win a fourth year-end Championship in his eighth consecutive appearance at the event. In addition to Wimbledon, he has won three Masters titles—Indian Wells, Miami, and Rome—and reached the final at Roland Garros.

Djokovic won his first Masters Cup—the WTF’s previous name—in 2008, when the tournament was held in Shanghai, and claimed back-to-back crowns at the O2 in 2012 over Federer and last year over Nadal.

“I got to No1 for the first time in my career after winning Wimbledon in 2011 so it is nice to do it again here,” said Djokovic.

“I can’t wait to return to London to defend the ATP Finals title. I have had a good run there in the past two years.”

By the time Djokovic reaches London for the second time this year, he and his soon-to-be wife Jelena will be parents. But judging by Federer’s resurgent form this season—not to mention Stan Wawrinka winning his first Grand Slam in Australian—fatherhood may well provide an even greater spur to victory.

Currently in the race to the ATP World Tour Finals:

Wimbledon 2014: There are no secrets to my victory, says Novak Djokovic