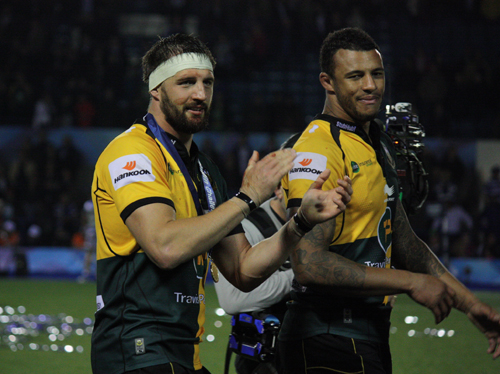 Tom Wood insists England have to take every opportunity presented to them if they are to end their three-Test series with New Zealand with a win in Hamilton next weekend.

England surrendered the series as, despite a late rally, they fell to a 28-27 defeat in Dunedin a week after losing 20-15 without players from Northampton or Saracens in Auckland.

I’m getting fed up of going through the process and having to explain a loss away. Frankly it just wasn’t good enough

England were 10-6 ahead at half-time thanks to Marland Yarde’s early try and a conversion and a penalty from Owen Farrell compared to six points from New Zealand fly-half Aaron Cruden.

However it unraveled after the break as Ben Smith and Julian Savea scored within nine minutes of the restart before Ma’a Nonu added a third try for the Kiwis to take the score to 28-13.

England, who finished second behind Ireland in this year’s RBS 6 Nations, rallied at the death and Mike Brown’s converted try brought them within eight however it wasn’t enough, despite Chris Ashton scoring in the final minute.

The series is now gone ahead of the third and final Test in Hamilton and flanker Wood admitted England could have no excuses for failing to convert their half-time lead into victory under the rood in Dunedin.

“We were pretty organised in the first half. Our lineout maul was causing problems,” said Wood, who started all five of England’s Six Nations matches this year.

“We were winning ball with ease and driving well. Their only way to stop it was to come it at the side and give away penalties. At half-time it felt like we had them.

“They’re a dangerous team, you can’t give them anything. Unfortunately we gave them too much. We left the door ajar for them and they kicked it open.

“We can talk about the character and the positives to come out for us for weathering that storm and coming back at them, but it was all too late in the day.

“I’m getting fed up of going through the process and having to explain a loss away. Frankly it just wasn’t good enough.

“There was one time when we were on their line, Chris Robshaw was out on the left, a bit isolated, if we had gone right we were walking it in. It is little things like that, the white-hot pressure, making sure your lines of communication are good.”

After France’s 6-0 defeat to Australia, Wales were no match for South Africa as Bryan Habana touched down twice in a 38-16 win and Morne Steyn kicked 13 points.