Newcastle Utd transfers: Siem de Jong promises Magpies fans that he will create a lot of chances and score goals 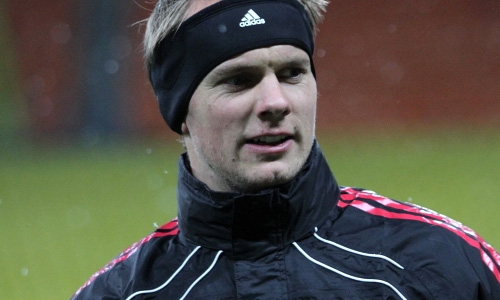 Siem de Jong has promised Newcastle United supporters that he will score a lot of goals following his move from Ajax.

The Netherlands international signed a six-year deal with the Magpies on Tuesday night after Newcastle agreed a £6m deal with the Eredivisie champions.

And the 26-year-old, who has six Dutch caps, is looking to be a leader in the Newcastle squad after taking over the Ajax armband from Jan Vertonghen in 2012.

“I hope to bring a lot of attacking play and goals,” De Jong told United’s website.

“At Ajax I scored quite a lot of goals as an attacking midfielder – sometimes as a striker – and I hope to do that here too.

“I want to help the team be as good as it can be.”

“I hope I can bring it here as well,” De Jong continued.

“I had a great couple of years (as captain) at Ajax and really improved my leadership skills.

“It was good for me to be captain and to have that opportunity at Ajax. I hope that will help me here.”