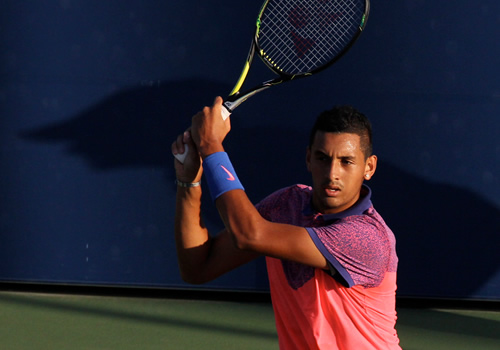 The career trajectories of the 19-year-old Australian tennis star Nick Kyrgios and the charismatic 29-year-old Dustin Brown have, it’s fair to say, been rather different.

While the latter has been in and out of the top 100 since he first broke that milestone in 2010—and he reached a career-high No78 this summer before falling back to 119 earlier this month—his younger colleague has surged ever upwards in his first full year on the senior tour. Twelve months back, he broke the top 200, this summer he shot to No66 after a headline-grabbing run to the Wimbledon quarter-finals, and now he is one place short of the top 50.

It was Brown, though, that Kyrgios chose to interview when he took over as guest editor of ATP Insider this week. First, the teenager sought some advice, but Brown—not surprisingly—put Kyrgios straight:

“I don’t think I need to give you any advice: You’re doing pretty good yourself there, and if you keep playing like that, you’ll be fine, you’ll be fine!”

But then Kyrgios, who boasts one of the most closely-cropped heads of hair on the tour, asked what everyone really wanted to know: “How long have you had long hair?” 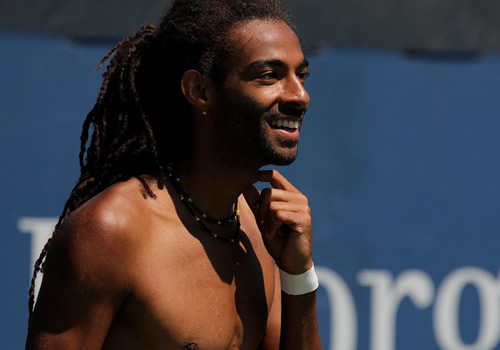 Kyrgios was flabbergasted: “I was born in 1995—and that was [almost] the last year you had a haircut! That’s incredible!”

Their careers—and their hair—may be very different, but these two tall, rangy players, do have another shared claim to fame this season: Both have beaten Rafael Nadal.

Kyrgios beat the then No1 at Wimbledon in four sets, having already beaten the No14 seed Richard Gasquet. Brown, whose best performances come on the grass that best suits his front-of-court skills—and he came through qualifying to reach the third round at Wimbledon in 2013—beat Nadal in the second round of Halle.

Not that Kyrgios mentioned that common ground!

The young star has since helped take Australia back to the Davis Cup World Group alongside a man 14 years his senior, Lleyton Hewitt—and has now shown himself to be just as assured in front of the camera as on a tennis court.

As for his answers to the questions he was posed, Kyrgios revealed:

• Yes, his mother did apologise for saying he wouldn’t beat Nadal at Wimbledon

• He’d rather have Roger Federer’s forehand than Stan Wawrinka’s backhand: “I’m so biased towards Roger. He’s the greatest of all time, he’s someone that I’ve idolised my whole life.”

Li Na announces her retirement from tennis after ‘agonising’ decision