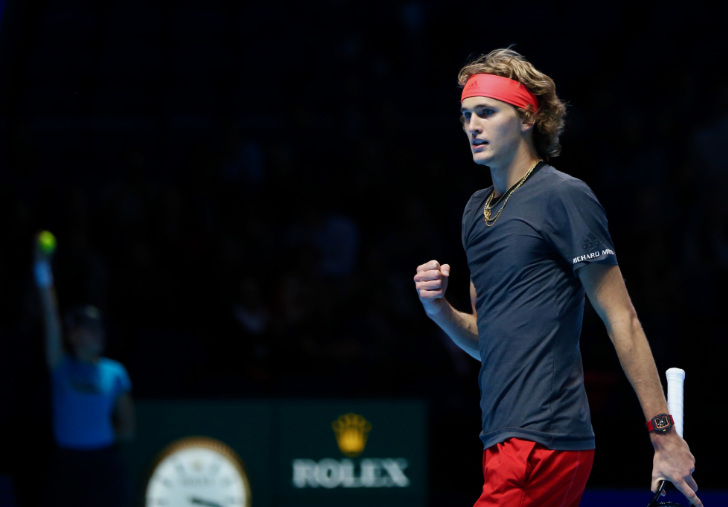 If the first day at this year’s Nitto ATP Finals was all about the tournament’s most prolific champion, Roger Federer, and his continuing campaign for a 100th career title, the second day was about the man who has just outstripped the Swiss to become the oldest year-end No1, Novak Djokovic.

At the age of 31, Djokovic has this year bounced back from a long absence, elbow surgery and a ranking of 22 in June to win Wimbledon, the US Open, the Cincinnati Masters—becoming the first man to complete the Masters circle—and the Shanghai Masters.

It has taken him into elite company, one of only four players in ranking history (since 1973) to have clinched the year-end top spot on five or more occasions, joining Pete Sampras (six), Jimmy Connors (five) and Federer (five).

But no-one else has reclaimed the No1 ranking from outside the top 20 in the space of a single season, all achieved by a 31-2 run through six months.

Now he arrived in London, where he has qualified 11 times, as the favourite to equal another of Federer’s records, a sixth World Tour Finals trophy.

But big challenges lay ahead, literally. His first opponent was the last to qualify, John Isner, playing in the tournament for the first time at the age of 33. And the American was making history of his own: the tallest player, at 6ft 10ins, ever to compete at the year-end championships, as well as the oldest first-time qualifier since 1972.

The other two players in this group barely reached Isner’s chin, yet both Alexander Zverev and Marin Cilic are 6ft 6ins tall, and would open the day’s play against one another.

However one statistic should have allayed any fears over the mountain that Djokovic faced to make the knock-out stage. The four players in the group had combined for 33 wins at the tournament—and 31 of those wins belonged to Djokovic. Zverev had won one round-robin in his debut here last year, while Cilic had managed only one win out of nine in his three previous visits.

So which of these two men would double their tally after Monday’s contest? The statistics said it would be the 21-year-old German, for he had beaten Cilic in five out of six matches, with that single victory for the Croat coming in their first meeting in 2015. 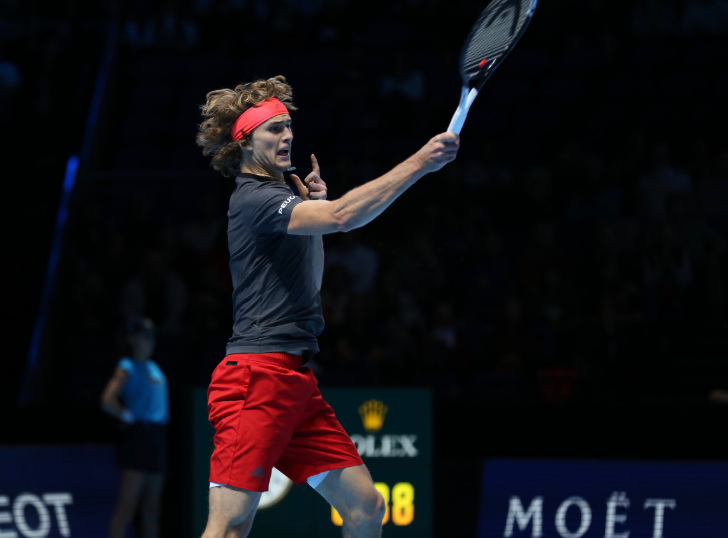 Indeed that single victory for Zverev in this tournament came at the expense of Cilic last year, though it was a tough three setter. In fairness, all their contests had been tough, requiring deciding sets and tie-breakers. Take their last, on the clay of Rome, a 7-6(13), 7-5 win to Zverev on his way to the final.

Zverev had another string to his bow here, too: Ivan Lendl, a five-time champion from nine finals at this tournament, a former Major champion, and the man credited with helping to boost Andy Murray to his own Major success and beyond.

Zverev led the entire tour with match-wins in 2018, 54, and did not drop a set or his serve in winning his third Masters title in Madrid, one of three titles this year, plus two further Masters finals.

But Cilic had broken new ground this year, too, with a first final run at the Australian Open to reach a career-high No3. And like the swathe of other big men in the top 10—Kevin Anderson among them—he moved well, and was increasingly developing a forward-moving game. And while his end of season had faded a little with just three wins in the four tournaments since the US Open, he did push Djokovic hard at the Shanghai Masters to seal his qualification—and he will face the Serb later in the week.

But for now, he had to turn around that record against Zverev, and in the first set, it looked as though his aggressive game plan would do the trick. He made an immediate break and held for 3-0, and then had the chance to break again in the fourth.

That he failed to do so, as Zverev pounded to the net to hold, he would live to regret—and that he did so again in sixth game. Even so, he served for the set at 5-3, only to be broken in a flurry of errors on the backhand plus a double fault.

Sure enough, they would go to a tiebreak, and there, Zverev kept up the momentum to take a lead he would never lose, 2-0. It became edgy, and both men were guilty of too many errors, but Cilic’s serving at below 50 percent undermined his biggest strength, and the young German held for the set, 7-6(5).

The second set was tighter, but again, despite facing early break points, Cilic got first blood in the seventh game. This time he was broken straight back, 4-4, and had to fend off a match point at 4-5, but they edged towards another tiebreak.

This time, Zverev had the bit between his teeth, and after Cilic held his opening service point, he would not get another. A big serve to finish, and he was by now cranked up to 140mph plus, and Zverev had the win, 7-6(1), though it had taken two hours. It notched up his 55th match-win and his fifth win over top-10 players in 2018.

If there was one thing to concern the German, it may be the winner to error ratio, 20 to 32, though that will be more of a worry to Cilic as he heads to his next match with just 17 winners for 46. No wonder he admitted:

“A little bit of a disappointment for myself. Having another match with chances and not taking them, that’s something that I’m not happy about. Also, last year, it happened a couple of times. And the year before that. So, against top guys like this, it hits me back. It’s not the best thing that I’m doing, creating opportunities and having most of the time leads in the match and then I drop them. So, that’s what I need to get better at.”

He will not have much time: He plays Wednesday against either Djokovic—he has a 16-2 losing head to head—or Isner, against whom he has a 7-3 advantage, but those three Isner wins have come in their last four matches.

It is a mountain for them all, and not just measured by height.