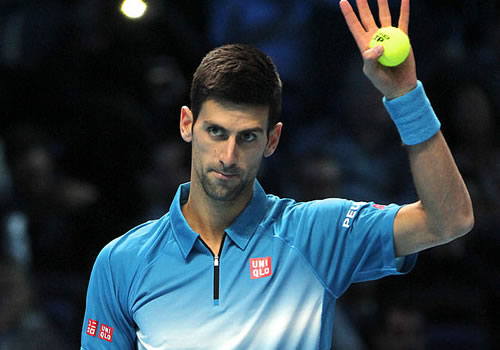 When a tournament of this prestige is left with four of the top five players in the world, No1 Novak Djokovic, No3 Roger Federer, No4 Stan Wawrinka and No5 Rafael Nadal, it can count itself very fortunate.

All four players are multiple Grand Slam champions—three of them into double figures—and they account for all the Majors this year. Three of them also top the list of Masters title winners, with seven of this year’s elite tournaments shared amongst them and 29 out of the 36 played through the last five years.

Among them, too, are the pair of men who have accounted for 10 of the last 12 ATP World Tour Finals, Djokovic and Federer, who were scheduled to play in last year’s final until back injury forced the Swiss to withdraw. They could make up for it this year but first, each had to overcome formidable foes with both the ambition and the talent to win the title themselves.

The evening encounter would be a hugely-anticipated Swiss affair between that small nation’s giants, Federer and Wawrinka. Hugely anticipated because they put on the match of the tournament last year, in the same Saturday-night session, a three-hour thriller in which Federer came back from a set down, and saved match points in the final tie-break set.

But if the Swiss knew each other inside out via 20 previous matches and numerous Davis Cup and Olympic wins, the other two, Djokovic and Nadal, surely had no secrets, no surprises to spring on each other.

These two, current and former No1s, owned 24 Grand Slams between them, seven of those contested against each other. They topped the Masters titles list with 27 to Nadal, 26 to Djokovic, and had totted up 45 face-offs, the most played-out rivalry in tennis.

However there had, over the 10 years since their first meeting—at the French Open—been a gradual shift in power. In the first five years, Nadal won more than twice as many as Djokovic, in the last five years, the balance was reversed.

This year in particular, Djokovic was the dominant force not just over Nadal but over tennis, with an 80-6 record, three Grand Slams from four Major finals, a record six Masters titles and 14 consecutive finals dating back to the Australian Open. This autumn, the dominance continued from the US Open, through Beijing—where he beat Nadal 6-2, 6-2 in the final—Shanghai, and Paris. 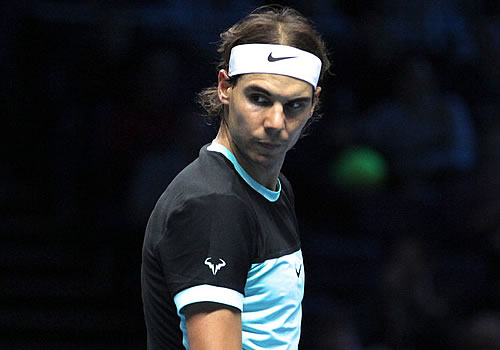 And yet it was Nadal who arrived at this latest meeting, their fourth in the season finale, with three wins over Andy Murray, David Ferrer and Wawrinka, playing some of his best tennis since he ended 2014 prematurely due to injury and appendicitis. He looked more confident, more fresh, more energised than earlier in a year that had brought unexpected losses via seesawing form.

Could he use that energy to upset Djokovic?

It took only the matter of 10 or so minutes to suggest not. Djokovic opened with an ace and held to 30, and showed just how aggressive he intended to be in the next game, breaking Nadal to love with four winners. Another hold and he was 3-0 up, and a love hold in seventh game, with another two aces, and he was at 5-2.

No-one could doubt the resolve and physical effort of Nadal. He bustled and hustled at the baseline and even threw in a love hold of his own for 3-5, but with just 33 minutes down, Djokovic had served out with ease, 6-3.

The second set started almost as badly for Nadal: Djokovic was in ruthless form, chastising himself for any error—and there were few—and allowing himself only the most restrained satisfaction at winning games.

Nadal, though, fended off an immediate break point, as Djokovic reeled off two love holds. The Serb zipped balls off both wings to each back corner, such that even the fleet-footed Nadal could no longer keep up. The break came in fifth game as Djokovic defused a few net attacks from Nadal with a couple of killer lobs, and threw in drop-shots, too. He seemed, in short, to have Nadal on a piece of string, and broke a second time to take the match, 6-3, after just an hour and 19 minutes.

If anyone doubted Nadal’s effort, albeit thwarted effort, it was written in his unforced errors: Just one in the match. But he also managed only nine winners to Djokovic’s 24, and saw not a single break point.

Nadal was very clear about why he lost: It was the perfection of the Djokovic game.

“Everything. Hitting amazing. Well, the return always amazing. This year he serving great, I think. And then he is able to play with no mistakes and changing directions so easy, playing so, so long. He’s doing everything good.  “He was better than me and he deserved to do what he did during the whole season. He played just fantastic. When somebody’s doing like this, the only thing I can do is congratulate him and [smiling] just wish not the best of luck for the next year.”

It was hard to argue: The Djokovic serve may be the most improved shot in his game. But he also owns that killer instinct. When the chips were down in the knock-out phase, with a fourth title on the horizon, he produced his best tennis of the week. He will no doubt raise the stakes still further when it comes to the final—as both Federer and Wawrinka will know full well. Where both have the advantage over Nadal is that they have tasted victory over Djokovic this year.