The French Open 2017 draw took place on Friday, and Novak Djokovic could face Rafael Nadal in the semi-finals if he is to defend his title 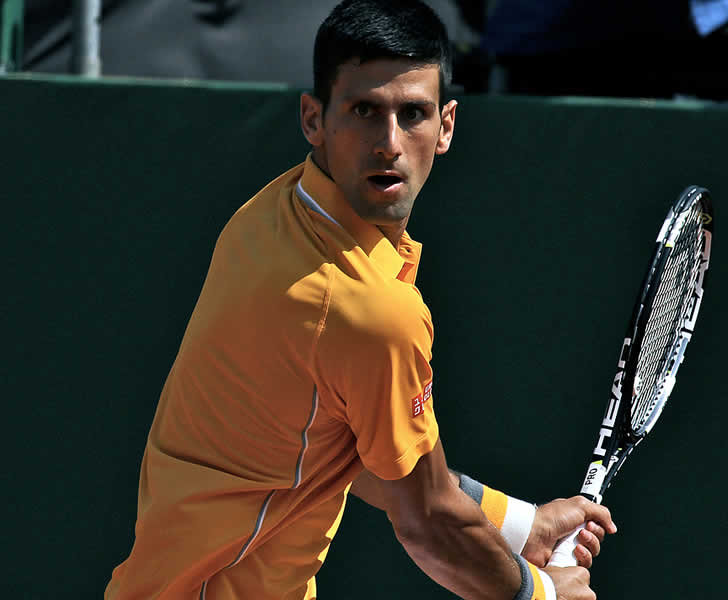 The seedings for this year’s men’s French Open may, at first glance, look awry. After all, nine-time champion Rafael Nadal is down at No4, while the one man in the top quartet yet to win at Roland Garros, Andy Murray, is at No1.

But many eyes in Paris this week will be on Novak Djokovic, the defending champion who, a year ago, finally closed his Grand Slam circle after reaching the final here three times before. This year, though, he is ranked No2 after Murray fought his way through the latter half of 2016 to close what seemed an impossibly big gap in ranking points.

The Briton grabbed the No1 ranking along with the World Tour Finals title at the end of the season, and Djokovic continued to show signs of both physical and emotional exhaustion into 2017. After winning almost everything in sight up to and including Roland Garros last year, he managed to defend just Doha. His focus and intensity blew hot and cold, and he then parted ways with his coaching team of 10 years’ standing ahead of the Madrid Masters.

Perhaps it is a coincidence, or perhaps it was the prospect of a return to the place of such an emotional triumph last year, but Djokovic recently made the semi-finals in Madrid and the final in Rome. Then came the news that he was to begin a coaching period with Andre Agassi, and it has been here at Roland Garros that their story got underway.

After attending the draw for the men’s singles competition, the defending champion headed straight to press and, not surprisingly, the name of Agassi came early into the conversation.

“In the last five, six months, struggling a little bit on the court and trying to redefine myself and rediscover what kind of approach is the right one.

“I was talking with Andre for a couple weeks during Madrid and Rome on the phone, kind of preparing for the matches, analysing matches. That allowed both of us to get to know each other and, for him especially, to get closer to my thinking and my mindset about tennis, about life in general. I was very glad that he accepted to come in person to Paris and spend some time.

“Yesterday was the first day, and we had two practice sessions, and then we had a very, very long conversation in the evening. Even though it was the first day, it felt like we know each other for a very long time. We clicked and connected very fast. He’s someone that inspires me a lot. That’s one of the things I felt I needed, new inspiration, someone that knows exactly what I’m going through, on the court, off the court.”

Initially, this was touted as a trial period: Agassi, an eight-time Grand Slam winner and former No1, is to support Djokovic in the early rounds here. But Djokovic clearly hopes it will become a longer arrangement:

“This is a great opportunity for me to grow together with him and to experience whatever is ahead of us. Of course, we’re both hoping that this can bring success on the court, but finally, it is an opportunity for us to really grow and evolve.”

Djokovic went on to talk passionately of his Roland Garros victory.

“Obviously, it was one of the highlights of my life, my career, and one of the most special moments that I have experienced on the court.”

But what of his defence? Who does he see as the prime challengers? The obvious name, as is so often the case when it comes to clay, and to the French Open in particular, is Nadal. And No4 he may be, but the Spaniard’s form this season has been exceptional after a heart-breaking withdrawal here last year with a wrist injury.

Nadal returned at the Olympics, but played little during the rest of 2016, and slipped to No9 by the Australian Open.

But after falling foul to an equally resurgent Roger Federer in the final in Melbourne and again in Miami, Nadal stormed to a 10th Monte-Carlo Masters and a 10th Barcelona 500, plus the Madrid Masters—where he scored his first victory over Djokovic in three years.

As luck would have it, Nadal has been drawn in Djokovic’s half again, just as he was in Rome and Madrid, and the Serb was only too aware of the threat.

“Well Rafa, next to Roger, has been the best player so far this year in terms of results. I mean, their level of tennis is quite fantastic. And Rafa, again, playing on his favourite surface, won three tournaments in a row, and is playing confidently and much better than he was playing last year. So I definitely see him as probably No1 favourite for this title.”

Federer, for the second year in a row, is not playing the French Open as he recuperates from his powerful opening to 2017. However, Murray, who made his first final in Paris last year, was also on the Serb’s radar, though Djokovic was only too aware of the Briton’s own problems this season.

“Andy obviously, as I have in the first four, five months, had a lot of ups and downs with the results. He’s still trying to find his right game and consistency.”

Murray, who went down with shingles during at the start of the year, has had mysterious dips in his form through the months where last year he shone. After winning in Dubai, he has put together only five match-wins, and missed Miami completely with an elbow injury. Although he has Ivan Lendl at his side again on the Paris courts, there will have to be a significant upturn in his form to replicate last year’s run.

That the Briton has also pulled a tough draw—and began his preparation this week with a mild illness—will not help. His first opponent, Andrey Kuznetsov, is currently playing the semis in Geneva, his first seed is the ever dangerous Juan Martin del Potro—though there are hints of an injury there—and Murray has big men Tomas Berdych and John Isner in the fourth round, followed by Kei Nishikori or the recent Rome champion, Alexander Zverev, lined up for the quarters. He has avoided Nadal in his half, but that leaves him with that other French Open champion, No3 Stan Wawrinka.

The Swiss, who is still in contention in Geneva, seized the title here in 2015 with one of the most memorable displays of all-court power seen in years. As Djokovic put it:

“Stan is a big match player. He always plays his very best when he needs it the most.”

However, Wawrinka may have to negotiate some unpredictable early opponents in Alexandr Dolgopolov, Fabio Fognini and Gael Monfils.

Then there are some young players who been impressing through the season, and particularly on clay, to consider.

Again, Djokovic is fully aware of the threat.

“Dominic Thiem is now someone who, along with Zverev, is in great form and who can definitely go far in the tournament.”

Thiem, age 23 and ranked No7, won in Rio, made the finals in Barcelona and Madrid, and the semis in Rome. Zverev, only just 20, broke into the top 10 with the Rome title last week—his third title of the year. And David Goffin and Lucas Pouille may also give Djokovic pause for thought: along with Thiem, both are in his quarter.

Perhaps, then, it is time for a new name to grace one of the most beautiful trophies in tennis. However, few would be surprised if the Coupe de Mousquetaires ended up in familiar hands.

Who falls where in the draw?

QF: Top seeds are No8 Nishikori and No9 Zverev

SF: Top seeds are No3 Wawrinka and No7 Marin Cilic

R4: Seeds are No24 Richard Gasquet and No15 Monfils

QF: Top seeds No7 Cilic and No12 Jo-Wilfried Tsonga

SF: Top seeds No1 Murray and No8 Nishikori

R4: Seeds No14 Jack Sock and No17 Roberto Bautista Agut

QF: Top seeds No11 Grigor Dimitrov and No5 Milos Raonic

SF: Top seeds No2 Djokovic and No6 Thiem

R4: Seeds are No19 Albert Ramos-Vinolas and No16 Pouille

QF: Top seeds No6 Thiem and No10 Goffin

SF: Top seeds No4 Nadal and No5 Raonic