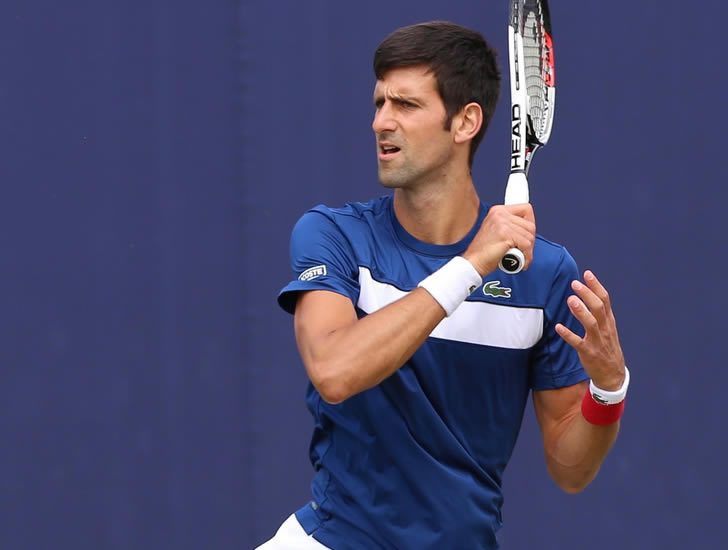 • Rafael Nadal returned to No1 in August 2017, more than three years after previous residency

• Roger Federer became oldest man to reach No1 this February, swapping with Nadal three times to extend record tally of weeks to 310

• Novak Djokovic regains No1 at Paris Masters for first time in two years, having been ranked 22 in June after elbow injury

There really has been a lot on the line for many of the men playing in the last main-tour tournament of the year in Paris Bercy.

Four men continue their efforts to nail down places among the elite eight at the Nitto ATP Finals in less than fortnight’s time: Marin Cilic, Dominic Thiem, Kei Nishikori, and John Isner.

Three have been there before, Isner hopes to make his debut at the age of 33, but the kudos—plus points and earnings—ensure the urge is powerful no matter how often the qualification.

What bigger showcase of a player’s talents could there be than competing against the biggest names in tennis for a weekly audience of 250,000, and for 200 points and over $200K for a single round-robin match-win? That is almost as many points and considerably more cash than the champion at your average ATP250 takes home.

There are others who are hoping Paris marks a different kind of turn in fortunes before heading to the off-season and its preparations for a new start in 2019.

Defending champion Jack Sock may be seeded 16 in this week’s draw, but he dearly wanted to make a mark here to avoid a tumble to as low as 150, for he had won just two matches since May. He took a first step with a resounding win over Richard Gasquet, 6-3, 6-3—his third match-win in five months.

Grigor Dimitrov, who last year qualified for the World Tour Finals for the first time—and went on to win the biggest title of his career—is in danger of slipping from the top 20 for the first time in over two years. Since making the final in Rotterdam in February, he has notched up seven opening-round losses, and has never got beyond the third round in Paris. With a 7-6(10), 6-4 win over Roberto Bautista Agut, Dimitrov has at least matched that run—but plays the ambitious Cilic in the next round.

And Paris is a chance for a clutch of young players who made real breakthroughs into the upper ranks to go out with a bang.

Stefanos Tsitsipas, age 20, ran out of steam to lose his Paris opener after nabbing his first title a week ago, but will head to the NextGen Finals in Milan at the head of the field.

Denis Shapovalov, the youngest in the top 100, started his first full season on the main tour ranked 51, reached three semis, including the Madrid Masters, and closed his season inside the top 30.

The likes of 21-year-old Borna Coric, and 22-year-olds Karen Khachanov and Daniil Medvedev, are all at career highs inside the top 20, all boast multiple titles, and all—though Coric and Medvedev play one another in Round 2—are still alive in Paris.

But then there is the other end of the age spectrum, where the picture has had a very familiar look for a very long time.

For the top three seeds and the top three places in the overall ranks are Rafael Nadal, Novak Djokovic and Roger Federer, ranging in age from 31 to 37, and between them either holding the No1 ranking for the last 12 months, or in the running to take it over by the end of the week.

As the draw got underway, the writing was on the wall for that top spot. Whichever of Nadal or Djokovic won one more match than the other would end the week at the top.

Should Nadal win the title, he would also celebrate his very first Paris Masters title and only his second ever indoor hard-court title. His first was as a teenager at the Madrid Masters in 2005.

Djokovic was the first to get a win on the board over Joao Sousa on opening Tuesday, 7-5, 6-1, but just before Nadal was scheduled to open his campaign, he announced in a press conference that he had picked up an abdominal injury that was forcing him to withdraw. His place in the highly-anticipated opener against Fernando Verdasco would be taken by lucky loser Malek Jaziri.

“In the past few days, I started to feel a little bit abdominal [injury], especially when I was serving. I checked with the doctor and he said that he recommended to not play, because if I continued, the abdominal may break and could become a major thing. And I really don’t want that.

“I would love to be in London, of course. But the most important thing for me is to be healthy and have the chance to compete weeks in a row.”

It is all the more concerning for the Spaniard because he was about to return from more than six weeks away to rehab the knee injury that terminated his season in the US Open semi-finals.

Judging by the groans that echoed around Paris-Bercy, many fans did not feel quite as lucky as Jaziri, especially when the news was swiftly followed by the withdrawal of Milos Raonic from his second-round meeting with Federer.

The Canadian had battled hard to beat Jo-Wilfried Tsonga in almost three hours and three tie-break sets just yesterday, and it proved too much. His evening match against Federer would be replaced in the schedule by Gilles Simon against Thiem.

And even Court 1 was not immune: No13 seed Fabio Fognini also picked up a pass to the third round when Marton Fucsovics pulled out. The Italian will play Federer for a quarter-final place without either man having played a match.

But of course ill fortune for Nadal and his fans was quite the reverse for Djokovic. In a tough bottom half of the draw, the Serb can now play freely in the knowledge that, no matter the results, he will go into the Nitto ATP Finals as the new No1.

It makes Djokovic the first player to come from outside the top 20—he was at No22 in June—to reach No1 in a single season since 2000, and takes him back to No1 for the first time in two years.

And should Djokovic go all the way to the title, he would also draw level with Nadal on 33 Masters titles, and build on the momentum of an outstanding return to form following long months away with injury.

And as for Federer, he became the oldest No1 with the Rotterdam title in February, swapped the top spot with Nadal half a dozen times, and won his 99th career title in Basel last week. So while he is drawn in same bottom half of the draw as Djokovic, the Swiss has his own incentive to do well in Paris—a milestone 100th title.

But looking at the rankings overall, it is a truly impressive picture that these three men have painted.

All of them have spent extended periods away from the tour to recover from injury problems, and returned to share the No1 ranking between them through the entire year and beyond.

Djokovic did not play after Wimbledon last year until this January, and then underwent minor elbow surgery—coming back with a bang in early summer to win Wimbledon, the US Open, and complete his Masters set with the Cincinnati title

Nadal did not play between October 2016 and the Australian swing in 2017, and was scheduled to play his first match this week since retiring at the US Open.

Federer had knee surgery early in 2016, and did not play after Wimbledon that year until the following January. He then won the Australian title not just last year but this year too, plus Wimbledon 2017.

Paris marks the latest shifting in power between the three, but who knows where this story will end. Will it be one of that clutch of young players who might finally break this glass ceiling, or perhaps a fit Juan Martin del Potro, or a returning Andy Murray or Stan Wawrinka?

Time will tell. But for now, let us enjoy this remarkable, and apparently never-ending, story.