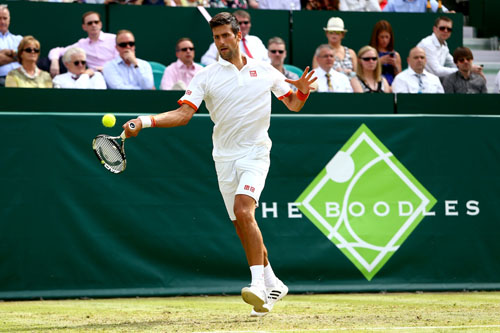 Novak Djokovic has made his first—and only—scheduled stop on the road to his Wimbledon title defence on the refined lawns of rural Stoke Park.

The world No1 is using his 10th consecutive visit to The Boodles tournament as his only competitive preparation for the grass season’s Grand Slam climax which gets under way next Monday at the All England Club.

After beating Richard Gasquet 6-4, 6-7(4), 10-4 in front of a lively and enthusiastic crowd, Djokovic went on to talk about his limited warm-up for what he regards as “the biggest event in the sport, at least in my opinion, and the one that I think the majority of the players dream of winning.”

“The grass court season is pretty short but it’s one week longer this year. Unfortunately I didn’t participate in any official tournament before Wimbledon but that is why I am coming here to Stoke Park because I need some match play and I like the scenery. I enjoy it, I have a lot of fun, we have a lot of laughs, and that is something that is not very common on the court.

“Competing in big tournaments you are in your own world and in your own zone and you focus on winning, and here it is not about winning it’s about playing some good tennis and interacting with the crowd.” 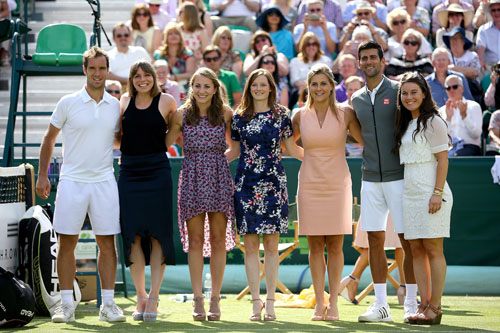 He then talked of his decision to play none of the tour’s grass tournaments after reaching the final of the French Open. He has not included a grass event between the French Open and Wimbledon Majors since playing Queen’s in 2010, but this year, there was extra time and opportunity to get his grass season started.

“I needed some time off [after Roland Garros], more mentally rather than physically because I played a lot of matches from the beginning of the season.”

Since winning the Australian Open at the end of January, he had lost only one match until the Paris final and picked up four Masters titles—just three match-losses in 44 played.

“I had one of the best starts of the season in my career and of course I am very grateful for that. I am trying to cherish every moment spent on the court but there are days and times when you really need to take some time off.

“I regrouped, spent some time with my family and got thoughts off the tennis a little bit, and I am back in my office and hopefully I will be able to perform well.”

Djokovic plays one more match at The Boodles tomorrow, Friday, against rising teenage star, Alexander Zverev and, in another coup for the event, he will be followed on court by Rafael Nadal.