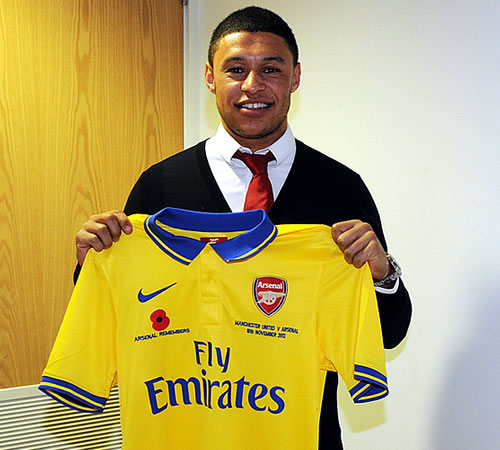 Alex Oxlade-Chamberlain has called on Arsenal to bounce back from their 5-1 thrashing at the hands of Liverpool by beating Manchester United on Wednesday.

The Gunners were blown away by the Reds at Anfield as Brendan Rodgers’ men raced into a 4-0 lead before half-time, with Martin Skrtel scoring twice and strikes from Raheem Sterling and Daniel Sturridge putting the home side firmly in command.

Sterling then made it 5-0 shortly after the break, before Mikel Arteta netted a late consolation from the penalty spot for the visitors.

We have to put it right on Wednesday

The defeat dropped Arsenal down to second in the Premier League – and although Oxlade-Chamberlain admits the north Londoners are “gutted” with the result, the midfielder is confident they will respond against the champions.

“We are very disappointed, especially with the first half,” said Oxlade-Chamberlain. “We know we are better than that. So in that sense we are gutted.

“But these things happen in football and it is our responsibility to turn that around and we have great opportunity on Wednesday night.

“When the first goal went early you have to respond and ‘see out’ the next 10 or 15 minutes. We failed to do that and, credit to Liverpool, I thought they were brilliant and we were not up to scratch.

“In the second half we knew we had to improve and I believe that we did that. So there are some mental positives today but we have to put it right on Wednesday.”