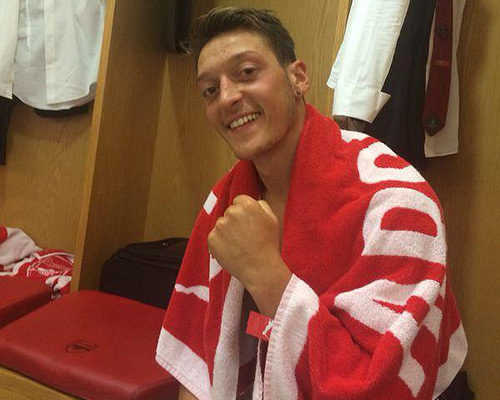 Alexis Sanchez fired Arsenal into the Champions League group stage after the £35m signing scored his first Gunners goal to seal a 1-0 victory over Besiktas.

The Chile international produced an instinctive finish after good work from Jack Wilshere to hand the north London side a 45th-minute lead, although the Gunners had to dig deep after Mathieu Debuchy’s second-half sending off at The Emirates.

Here is the best of the Twitter reaction from the professionals, past and present, in chronological order as Arsene Wenger’s side were 1-0 winners in their Champions League play-off tie.

Former Gunners defender Lee Dixon (@LeeDixon2) is hoping for an easy night – before accepting a strike on the stroke of half-time: “Nice early goal would help please… oh ok a late goal then!”

England legend Gary Lineker (@GaryLineker) reckons the Chilean has paid back his £35m fee: “Sanchez may well have paid off his transfer fee!”

Liverpool legend Michael Owen (@themichaelowen) is happy to see Gunners in the Champions League group stage: “Phew!!! Great to have 4 English teams in The Champions League. Sanchez probably pays back his transfer fee in one swing of his leg!”

Club-record signing Mesut Özil ‏(@MesutOzil1088) is thrilled to reach the group stage despite a nervy win: “As I said before: winning – no matter how! #phew #CL #COYG #AFC”