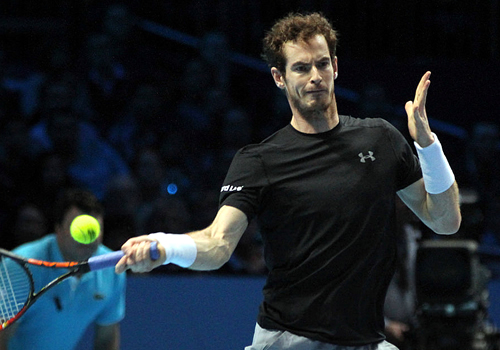 Andy Murray has insisted that he is not concerned about heightened terror alerts in recent days following the Paris attacks on Friday night.

More than 130 people were killed in a series of shootings and bombings in the French capital in the worst European terror attack since the Madrid bombings in 2004.

There were a series of arrests in Belgium on Monday in connection with the attacks, with Great Britain set to travel to Ghent later this month for the Davis Cup final.

However, Murray – speaking after his straight-sets win over David Ferrer at the ATP World Tour Finals in London – vowed to keep his everyday approach as normal as possible.

“Well, I think everybody right now is concerned about things,” said Murray.

“But I do think the best thing that we can do is to live our normal lives, not change too much, because then the terrorists are the ones that are winning.

“We need to go out there and do what we always do and try not to change too much. That’s all we can do.

“I don’t want to live my life in fear each time I step on a tennis court. So that’s what I’ll do.”