Paris Masters 2012: Andy Murray says his week away from the court will stand him in good stead as the season draws to a close 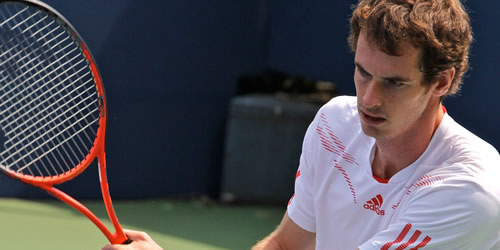 Andy Murray says he is feeling “refreshed” ahead of the final two tournaments of the tennis season, starting at the Paris Masters this week.

The 25-year-old Scot pulled out of last week’s Swiss Indoors tournament in Basel to rest a back injury after having lost to Novak Djokovic in the final of the Shanghai Masters.

And Murray, who claimed his first Grand Slam crown with victory at the US Open back in September, is expecting the week off to stand him in good stead ahead of the Paris tournament and the ATP World Tour finals in London next month.

“I actually feel OK,” Murray told BBC Scotland. “Most years we’ve finished the season two weeks later than this year – they’ve made some changes to the schedule.

“So I’m two weeks fresher than I was at this stage last year. I’ve had a full week off, so mentally I feel pretty refreshed.

“And during that week I didn’t train, I didn’t hit any balls, just completely relaxed and gradually came back at the beginning of the week.”