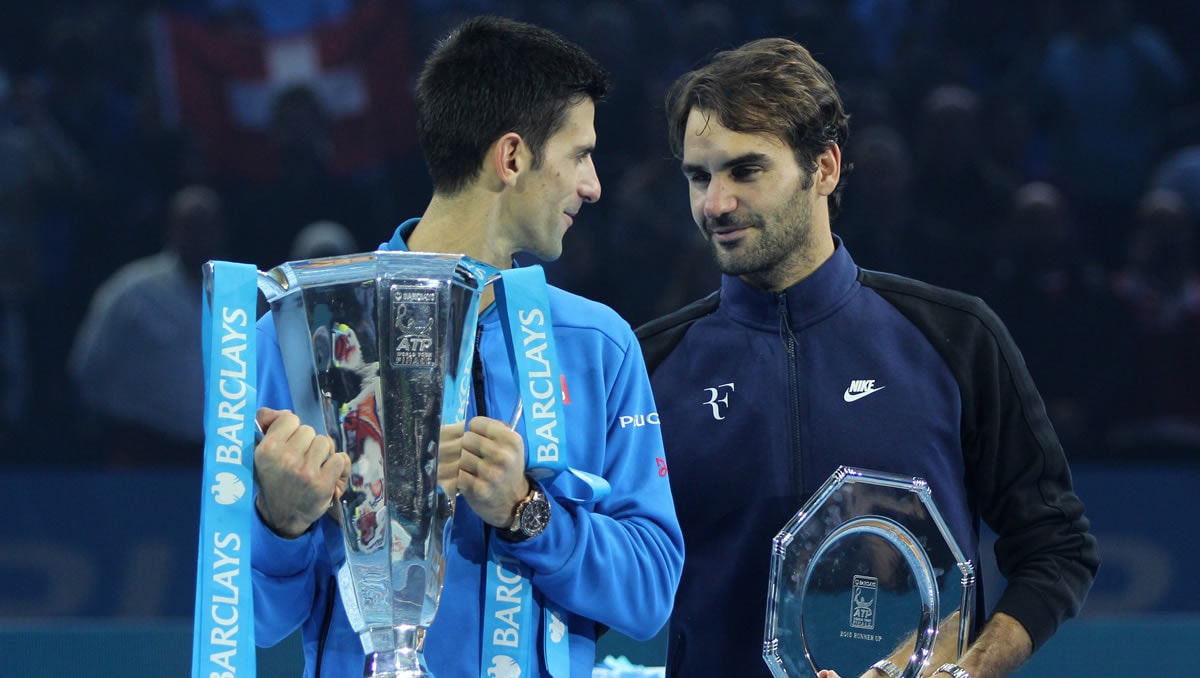 Fewer and fewer of those hoping to make the cut for the last ATP Finals in London had their fate in their own hands.

Such was the scenario on the third day of the Rolex Paris Masters in the Paris-Bercy bunker that belies its quiet environs. France is, after all, in a coronavirus lockdown, with talk now of night curfews to supplement restrictions on French life.

That the dwindling number of tennis hopefuls is aiming to add the similarly locked-down London to the schedule is a final bizarre scene in one of the most extraordinary years in living memory.

When the last Masters of the three played in 2020 began, there was a clutch of players in the reckoning. But many did not even make it past their first match let alone to the final. Gone are David Goffin and Matteo Berrettini, both former London qualifiers, along with Karen Khachanov aiming for his first time among the elite eight.

Stan Wawrinka had a mathematical chance of returning to the London fray, and he certainly played his part by beating Dan Evans to reach the second round. But things would be taken out of his hands if the leader of the pack, No9 Diego Schwartzman, won his first match. Indeed the Argentine had only to reach the semis this week to seal his place at the ATP finals for the first time.

Schwartzman began against the owner of one of the most envied backhands in tennis, Richard Gasquet, a man who had beaten him in all three previous meetings without conceding a set.

But the Argentine has developed season by season into a fitter, faster and more accomplished player, as evidenced by a list of ‘firsts’ in this most challenging of years. He beat Rafael Nadal en route to a first Masters final at Rome, and then beat world No3 Dominic Thiem to reach his first Major semi-final at Roland Garros.

Add into the 2020 mix two more finals, in Cordoba and Cologne, and Schwartzman broke the top 10 only last month for a new career high of No8—and within touching distance of the ATP Finals.

This time against the veteran Frenchman, he got off to a flyer to break in the second game. The Argentine had the chance to break again to go 5-1, but Gasquet resisted, and instead broke Schwartzman. Another hold from the Frenchman, and they were all square, 4-4.

But just when it looked destined for a tie-break, Schwartzman rushed Gasquet, worked a break chance, and converted courtesy of a French error, 7-5.

Gasquet has suffered a succession of injuries in this truncated season, and as well as looking increasingly stiff in his back, he looked fatigued following his tough three-setter yesterday against Taylor Fritz. Indeed, he had won more than two matches in a tournament only twice this year—and subsequently had to retire in one of them.

Certainly against someone as fast around the court, and with such great timing on and off the ball, as Schwartzman, Gasquet had his work cut out, and attempted in the second set to attack the net to shorten points and break the Argentine’s patterns of play. But he was undone by a succession of pin-point passes from Schwartzman, broken in the second game, and found himself down 0-3 before he got on the scoreboard.

Gasquet held his own for the remainder of the set, but Schwartzman, who dropped only two points on serve in that second set, sealed it, 6-3, to set a third-round contest with Spanish qualifier Alejandro Davidovich Fokina.

Schwartzman, then, continues to control his own fortunes, but he has also ended the chances of Wawrinka, who is now unable to win enough points to unseat the Argentine.

The Swiss’s ambitions will surely not be dampened by that alone, however. He still has the chance to win only his second Masters title this week—a surprising tally for a man with three Major titles and a career-high of No3 to his name. However, his draw will not help his cause: the form man of the moment, Andrey Rublev, is in line for a third-round test, with Rafael Nadal scheduled for the semis. First in line, though, is Tommy Paul.

So just two other men remain in the battle for London. Pablo Carreno Busta beat the dangerous Jan-Lennard Struff to reach the third round where he will next play qualifier Norbert Gombos.

Below Carreno Busta, Milos Raonic, runner-up in Cincinnati and quarter-finalist at the Australian Open, beat Pierre-Hugues Herbert, 6-4, 6-4, to set a third-round meeting with Marcos Giron.

In the end, though, they are spectators at the Schwartzman show. And while all three currently have the concluding ATP250 in Sofia on their schedule, that looks increasingly like a lost cause for Carreno Busta and Raonic—unless one of the top seven qualifiers drops out of the Race.

Elsewhere, Daniil Medvedev advanced to the third round when Kevin Anderson retired during the first-set tie-break.

9 Pablo Carreno Busta [must win Paris for hope of qualification]

10 Milos Raonic [must win Paris for hope of qualification]

Millennium Man Rafael Nadal marks 1,000 match-wins – but that is just the tip of the iceberg