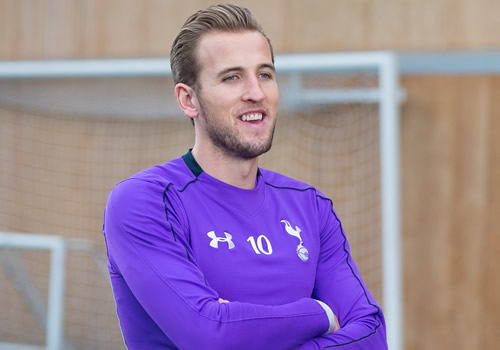 Paul Merson has declared his belief that Harry Kane is the Premier League top striker on current form as Tottenham prepare for Sunday’s crunch clash with Chelsea at White Hart Lane.

The England international has been in fine form in recent weeks after a quiet start to the season for the Lilywhites.

Kane has scored a remarkable nine goals in his last six games for the north London side and netted the winner as Spurs beat Qarabag in the Europa League on Thursday night.

The 22-year-old old has scored eight goals in the Premier League so far this season and will be hoping to add to that tally when Spurs take on the Blues on Sunday lunchtime.

And former Arsenal star Merson reckons that Kane is the Premier League’s top forward at present.

Merson wrote in his column for the Daily Star: “Forget Jamie Vardy and Romelu Lukaku – Harry Kane is the best striker in the Premier League right now.

“Those three are the form strikers and they’ve all been scoring goals for fun. They’re all great players too. But with Vardy and Lukaku it’s all about getting their heads down and running at people.

“Kane is a better all-round player. He has more of a football brain. His link-up play is better, he works harder for his team-mates and he can pick a pass.

“Some players are great players, but they don’t have that football brain. He does. Right now, Kane is the best striker in the Premier League on form for me.

“But if you ask me who’s going to finish the season top scorer I still say Sergio Aguero. He’s the only one I can see banging in hat-tricks on a regular basis.

“He’s not played a lot yet this season but he’s a goal machine when he gets going.”

Tottenham are currently in fifth place in the Premier League table and four points behind leaders Leicester City.

Daniel Sturridge: This Liverpool star to blame for injury setback