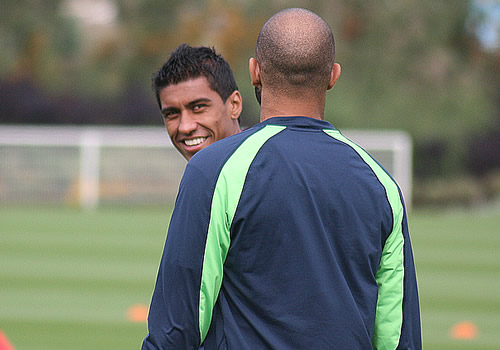 Paulinho has declared that he is happy with his return of seven goals in his first season at Tottenham Hotspur.

Paulinho has found the back of the net six times in the Premier League, as well as scoring against Dinamo Tblisi in the Europa League.

And the 25-year-old, who moved to Spurs from Corinthians last summer, is pleased with his adaption to the Premier League this season.

“Everyone knows the first season (in the Premier League) is difficult. It’s a change of football after playing in Brazil, a change of lifestyle and I’m delighted to score seven goals.

“The most important thing was that we took three points against Fulham. Now we prepare for a tough game against Stoke.”

John Aldridge: Liverpool would be too good for full-strength Chelsea