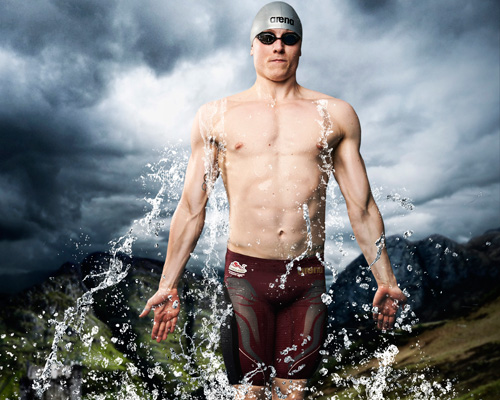 Olympic swimmer Roberto Pavoni has set his sights on a gold medal for Team England at the Glasgow 2014 Commonwealth Games.

Pavoni, 23, competed for Team GB in the 400m individual medley and 200m butterfly heats during his Olympic debut at London 2012 and has continued to impress.

I am very confident of success, everything has been going good

He set a new English record on the way to a 400m individual medley gold in the British Swimming Championships in April and is adamant that he can continue to perform at the Games, which run from 23 July – 3 August.

“The main aim is to win a medal in the 400m individual medley – that is my strongest event,” Pavoni told The Sport Review.

“Training is going really well – I had trials for the Commonwealth Games in mid-April and since then have really got into it and hit full steam.

“I am very confident of success, everything has been going good and I just hope that continues.”

Pavoni, coached by Kevin Renshaw, believes that experience can prove to be the catalyst to ensure further success in Glasgow – a venue he is excited to attend once again.

“To come ninth last year and miss out by a tenth of a second was almost heartbreaking with the effort and work put in,” the Essex man added. “But once that happens you don’t want it to happen again and so I know I have to work hard and make sure that it does not.

“I am hoping the crowd in Glasgow will be quite similar to that of the London Olympic Games.

“It’s a bit of a smaller scale but I’ve been to Glasgow a few times and it is always a good atmosphere for the athletes – the stands will hopefully be full and loud!”

Pavoni now turns his attention to remaining weeks of training ahead of the British Gas International Swimming Meet in June, the last competition before the Games, taking place in Manchester.

“With the competitions I have had in Europe, it has given me the chance to measure up against the other European athletes,” he added. “But from now it is just about training and setting those little markers to see how I progress.”

The athlete’s first appearance at the Games in Delhi four years ago was somewhat a learning experience but come July he will be in search of medals, with the hopes of a nation pinned upon him.

He certainly has the self-belief to do so but one question remains – does he have the speed?

Roberto Pavoni was speaking on behalf of Arena, the official supplier of aquatics wear to Team England at the Commonwealth Games. Tweet your message of support for the team using #aspiretobe – the best messages will appear on the Arena Supporters’ Flag. Visit @ArenaPeople or facebook.com/arenapeople for more.