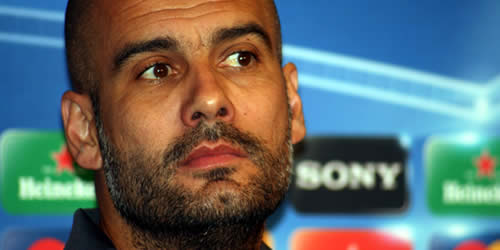 Pep Guardiola's side take on Chelsea on Wednesday night Photo: The Sport Review

Pep Guardiola has revealed his admiration for Chelsea’s ‘golden generation’ ahead of the first leg of Barcelona’s Champions League semi-final at Stamford Bridge on Wednesday night.

The Spanish champions face the London outfit for the 11th time in Uefa competition on Wednesday, with three wins apiece and four draws.

Their latest meeting came in 2009, when Guardiola’s men outfoxed Guus Hiddink’s Chelsea side in the last four.

And despite the personnel changes at the club, the Barça boss is well-drilled on the Blues’ strengths from their previous meetings.

“Chelsea still have the same spirit, the same soul, the same formation [from the semi-final in 2009],” said Guardiola.

“Of course they’ve changed their manager and a couple of players but the main ones are still there.

“I do admire that generation of Chelsea players because they’ve done very well in the past six or seven years.

“They have reached the semi-finals and finals quite regularly in European competitions.”

AC Milan striker Zlatan Ibrahimović accused his former club of gamesmanship after the Serie A outfit’s 3-1 second-leg defeat by the holders in the quarter-final clash at the Camp Nou last month.

But Guardiola, who signed Ibrahimović from Internazionale in 2009 before the Swedish international returned to Italy a season later, dismissed the striker’s claims and insisted his side are only concerned with playing attractive football.

“Mr Ibrahimovic played with his team-mates [at Barcelona] so he knows better than the rest of the world the quality of these players,” added Guardiola.