Photo: Manchester United midfielder Daley Blind thanks his fans for all their support 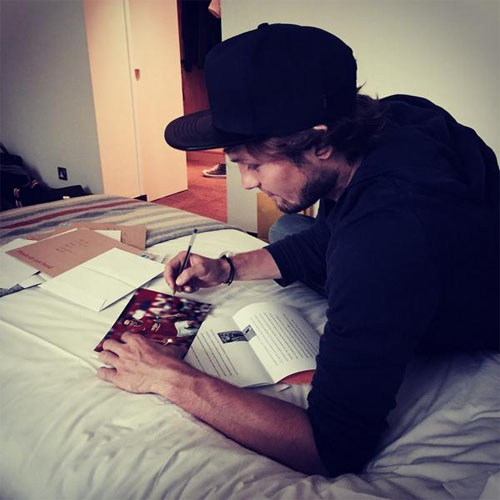 Daley Blind has plenty of time to fill during the week with Manchester United absent from Europe, and the £16m summer decided to reply to his fan mail on Tuesday.

The Red Devils midfielder has been a hit at Old Trafford since completing a switch to the 20-time English champions from Dutch giants Ajax on deadline day.

Blind has helped Louis van Gaal’s side find some resemblance of form as the Red Devils beat Queens Park Rangers and West Ham United in two of their last three outings.

And the 24-year-old, who was named Dutch football of the year earlier in 2014, thanked all his fans for their support as he took time out to reply to his fan mail.

Just answer some fan mail! thanks for all the support! #MUFC pic.twitter.com/VLTBZb71Gx

“Van Gaal had a lot of confidence in me during the World Cup. After the tournament in Brazil we stayed in touch,” Blind is quoted as saying.

“He always showed confidence in me and he proved that during the transfer period. Within two days there was a deal.