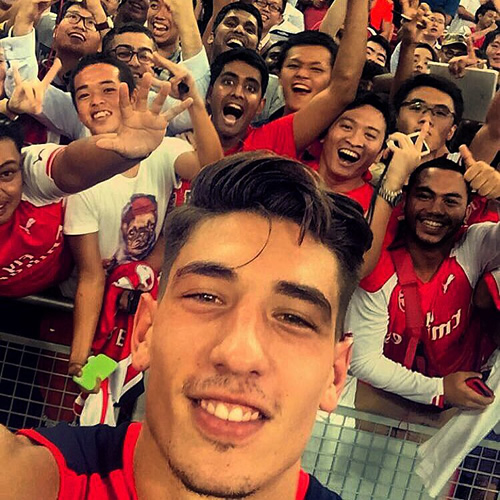 The Gunners were put through their paces in front of a packed stadium as they continue their preparations for the forthcoming Premier League campaign.

Wenger’s side are currently in Singapore to compete in the Barclays Asia Trophy and take on a Singapore Select XI on Wednesday.

And Bellerin found time to snap a picture in front of some of the gathered Arsenal supporters as he thanked them for showing up.

The defender posted the picture above on his Instagram account and wrote: “Thanks to all the Singapore @arsenal fans for coming out today! Means a lot to us. #GunnerFamily”