Photo: Liverpool defender Jose Enrique declares that he is 'ready' for the clash against Basel on Wednesday 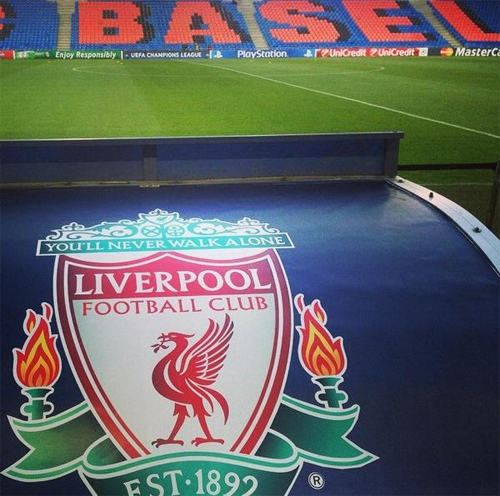 Jose Enrique has urged Liverpool to take maximum points from their trip to Basel in the Champions League.

The Spanish left-back is part of Brendan Rodgers’s squad that travelled to Switzerland for their second Group B clash.

Enrique was on the bench for the 1-1 draw with Everton in last weekend’s Merseyside derby after failing to dislodge rival Alberto Moreno.

Ready For the game. Let's win this 3 points !!! pic.twitter.com/Y5wjVkElLf

On Tuesday evening, England midfielder Adam Lallana insisted that Liverpool had learned valuable lessons from their 2-1 win against Ludogorets earlier this month.

“That’s the good thing about having a game in midweek, especially off the back of a disappointing result,” Lallana told Liverpool’s website.

“[Jagielka’s goal] was kind of a sucker-punch in the last minute, but we get a chance to put it right tonight. That’s all you can ask for off the back of a result like that.

“It’ll be a fantastic start if we can get the win. It’s going to be a tough game – coming away from home as well – but I think we got valuable experience from the first game [against Ludogorets Razgrad] and showed great character.

“If we can possess that again tonight, we’ve got a great chance of getting a good result.”