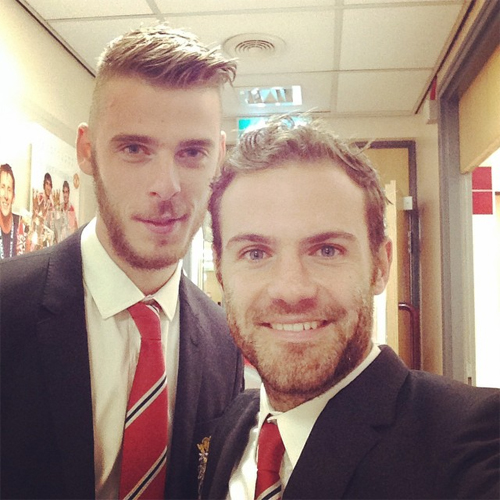 The United number one produced a brilliant stop to deny Leighton Baines from the penalty spot on the stroke of half-time after Angel di Maria had broken the deadlock at Old Trafford.

De Gea was beaten by Steven Naismith after the interval, but Colombia international Radamel Falcao restored the home side’s lead with his first strike for the club.

The Spain international made a world-class save in the dying moments of the clash to push Bryan Oviedo’s speculative effort over the crossbar and protect three points.

And United’s £37.1m January signing Mata was quick to take to his Instagram page to praise his compatriot after his heroics against the Toffees on Sunday.

“When there are a lot of players in front of you your view is not so good as a goalkeeper.

“When the shot comes in from outside the box it is always at the last moment that you see the ball, but his reflexes are very good.”