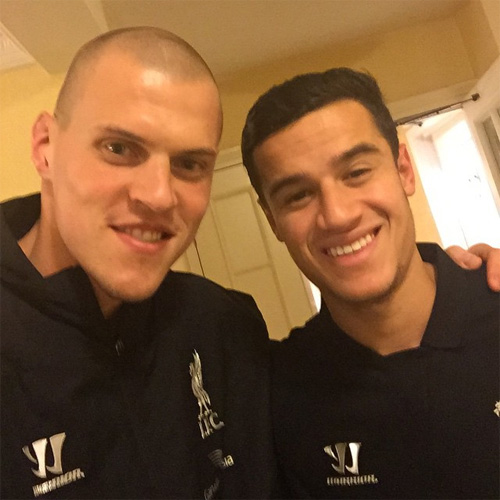 The Brazil international has put pen to paper on new contract, which will reportedly keep the midfielder at Anfield until 2020.

Coutinho had been in negotiations with Liverpool for a number of months, finally sealing a new deal, speculated to worth £70,000-a-week.

Liverpool centre-half Skrtel was quick to pay tribute to Coutinho on social media, lifting the lid on the pair’s friendship.

The South American, who joined Liverpool from Inter Milan in 2013, was in brilliant form against West Ham United at Anfield on Saturday.

Coutinho teed up Raheem Sterling for the opener with a brilliant lifted pass before creating Daniel Sturridge’s 80th-minute strike in a 2-0 win.

The Brazilian has scored two goals and has made four assists in 24 appearances in all competitions for the Merseyside outfit this season.

The playmaker has netted 10 goals in 80 appearances during his two-and-a-half seasons at Anfield following his switch from Serie A.

Why News Associates can help fulfil your sports journalism dream