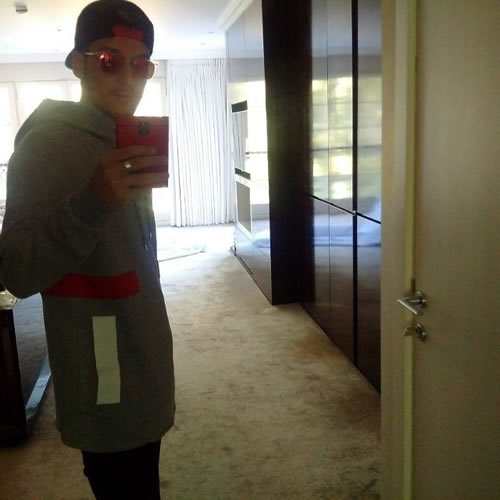 Mesut Ozil took to social media to wish his followers a good day as he and his Arsenal team-mates completed their final preparations for Saturday’s Premier League trip to Leicester City.

The Gunners head to the King Power Stadium on Saturday afternoon looking to return to winning ways in the top flight after the disappointment of their 2-0 loss to Chelsea in their most recent Premier League outing last weekend.

Arsenal did return to winning ways on Wednesday night with a 2-1 victory over Tottenham Hotspur in the third round of the League Cup.

And Ozil, who did not feature in midweek, looked in good spirits as he snapped a selfie at home ahead of Arsenal’s next Premier League game.

Ozil posted the picture above on his personal Instagram account and wrote: “Wish you all a happy Friday afternoon and a great weekend! 😎😉👍👍 〽1Ö”

Ozil has notched up two assists in the top flight so far this season.

Sir Alex Ferguson: Why I wanted Pep Guardiola to take over at Man United