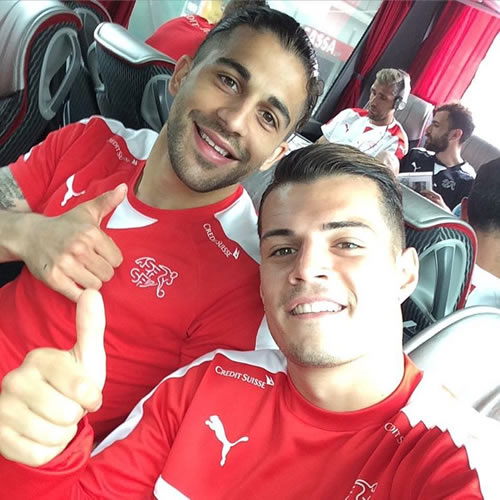 Granit Xhaka has fuelled the speculation linking Arsenal with a summer transfer swoop to sign Ricardo Rodriguez this summer after posting a picture with the full-back on Instagram over the weekend.

Xhaka was unveiled as an Arsenal player last month as Arsene Wenger moved quickly to conclude a deal for the Switzerland international.

Arsenal are believed to be set to be one of the busiest clubs in the summer transfer window, as Wenger looks to transform his side into genuine title challengers next season.

Rodriguez has been linked with a move to Emirates Stadium in recent days, with the Daily Mirror reporting that the Gunners are ready to meet the player’s £19m release clause.

Now, Xhaka has further fuelled talk of a possible move to the north London club by posing for a picture with Rodriguez while on international duty with Switzerland and posting the picture on Instagram.