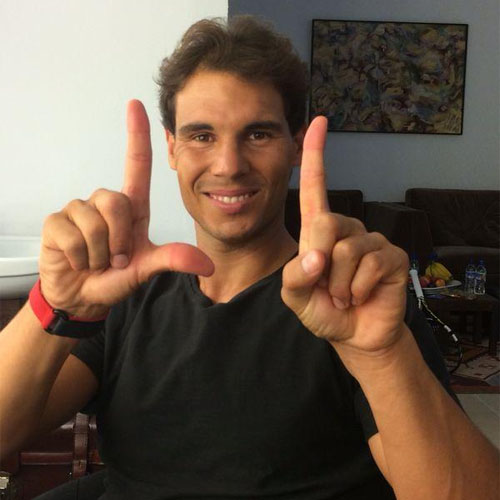 Australian Open champion Li brought down the curtain on a glittering 15-year career after announcing her retirement from tennis on Friday.

Winner of nine WTA singles titles, two doubles titles and a two-time Grand Slam champion, the 32-year-old marks the end of a career that saw her become one of the very best and most popular players in the history of women’s tennis.

And 14-time Grand Slam champion Nadal was quick to pay tribute to Li, who became the first Asian woman to win a Major title when she was crowned Roland Garros champion 2011.

Congratulations for your career and I wish you all the best in your new life #LoveLi pic.twitter.com/jinXolrJND

On Friday, Li explained her decision to call time on a glittering career after struggling with a long-term knee injury this year.

“It took me several agonising months to finally come to the decision that my chronic injuries will never again let me be the tennis player that I can be,” Li wrote in an open letter on Friday.

“Walking away from the sport, effective immediately, is the right decision for me and my family.”