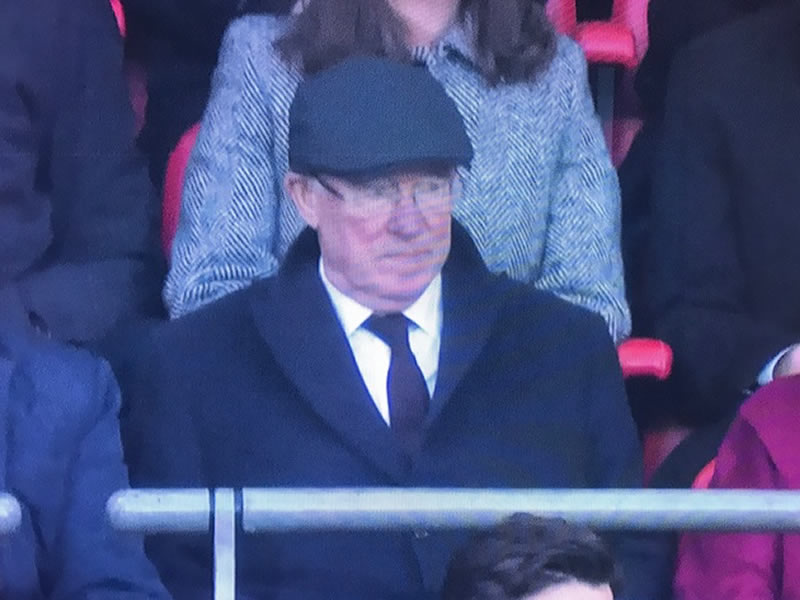 Sir Alex Ferguson was in the stands at Wembley on Sunday Photo: Sky Sports

Jose Mourinho was looking to become the first manager to win a major trophy in his first season at the club after he was appointed at Old Trafford last May.

Manchester United took the lead in the 19th minute when Zlatan Ibrahimovic fired home a free-kick to continue his fine form in his first season at Old Trafford.

And Jesse Lingard then made it 2-0 when he stroked home soon after with a cool finish.

However, Manolo Gabbiadini, who had earlier seen his goal wrongly disallowed for offside, pulled one back on the stroke of half-time. Gabbiadini then made it 2-2 shortly after the re-start at Wembley.

However, Ibrahimovic had the final say when he headed home Ander Herrera’s cross in the 88th minute to secure the trophy for Mourinho’s men.

Former Manchester United boss Ferguson, who retired back in the summer of 2013, seemed to approve of the spectacle he was watching in north London.