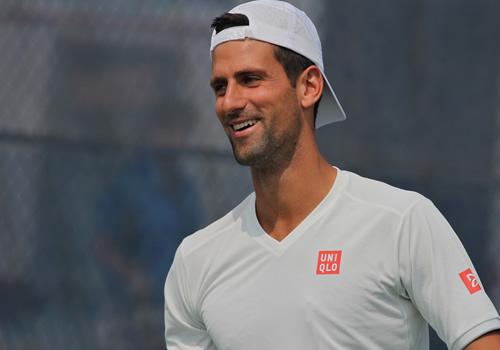 In a year packed with highlights for Novak Djokovic, it is hard to know where to begin.

Perhaps not at the very start of 2014 when, for the first time since 2010, he failed to win the Australian Open title—though he extended a run dating back to 2008 of reaching at least the quarters. 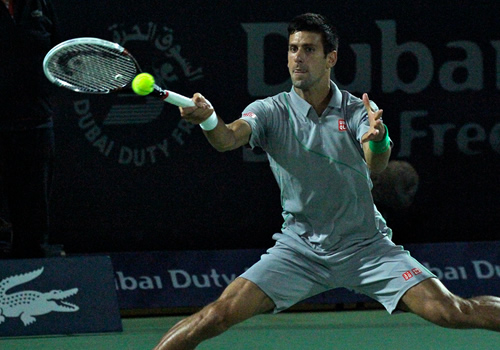 It took Federer at his fighting best to turn around the Dubai semi against defending champion Djokovic. The Serb would go on to win their final in Indian Wells. (Photo: Marianne Bevis)

Perhaps not in Dubai, a tournament he had won four times but where he failed to defend the title—though it took the resurgent Roger Federer three sets to stop him in the semis.

But from the moment he blossomed in the desert of Indian Wells—this time beating Federer in the final—he was on the road back to the top of the rankings in a crescendo all the way to the end of the season. 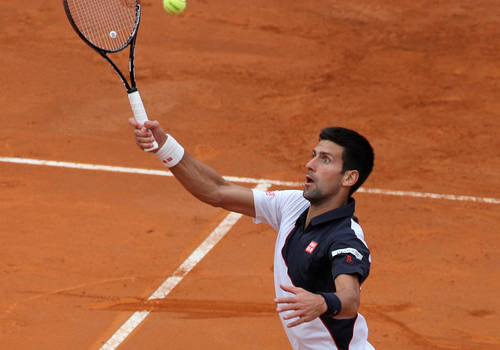 Djokovic has punctured Nadal’s decade of dominance in Rome three times, this year coming back from a set down to win, having missed Madrid with injury. (Photo: Marianne Bevis)

He closed 2014 at No1, holding the World Tour Finals trophy, recording the most wins over top-10 players, and with the most titles on the tour—and only one of his seven, the Beijing 500, lower than a Grand Slam or Masters.

He also ended the year for the first time as a father, though he barely missed a beat, extending his unbroken indoor winning run to 31 matches. Days after Stefan’s birth, Djokovic defended his Paris title to notch up 600 career match wins and his 20th Masters title. 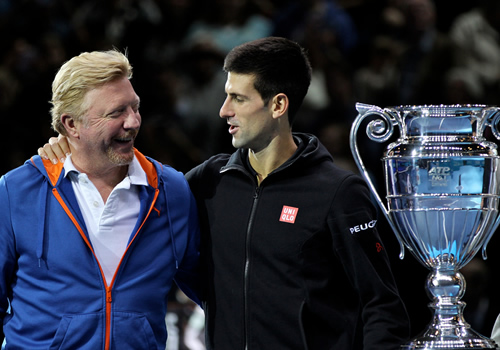 Djokovic became one of several top players to appoint a ‘super coach’ ahead of 2014. The partnership with six-time Grand Slam Champion Boris Becker seemed to take a while to gel, but he became a key presence through the season, joining Djokovic to celebrate his year-end No1 award. (Photo: Marianne Bevis)

Along the way, he played Grand Slam finals against arguably the best of players in their favourite Grand Slam homes: Djokovic lost to Nadal at Roland Garros but beat Federer at Wimbledon in the two longest finals of the year. The latter has since been hailed as probably the best match of the year, one that deservedly reclaimed the Serb’s No1 ranking. 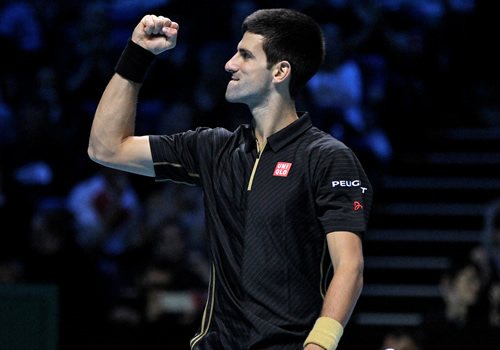 Djokovic ended the year at his peak, winning the World Tour Finals unbeaten to seal the year-end No1 for a third time. (Photo: Marianne Bevis)

If there was a dip, it came in the aftermath of that impressive sweep through spring and summer: Djokovic lost early in Toronto and Cincinnati before bouncing back to reach the semis at the US Open. From there, he launched into the Asian and indoor swings to reach the last day of the World Tour Finals for the loss of just one game, again to Federer, this time in the Shanghai semis.

Indeed the rivalry between Djokovic and Federer was perhaps the most compelling of the year: They played five times, Federer winning three but unable to contest a sixth match, the final at the O2, due to injury. Djokovic’s unbeaten run in London also, incidentally, staved off Federer’s challenge for No1.

But their paths did cross once more, in altogether different circumstances, during the fast, furious fun of the IPTL in Delhi. One set, a five-minute play-off, and a last victory—albeit a rather more frivolous one—to Federer. 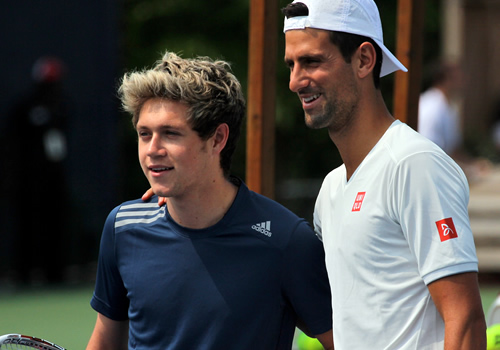 As if the crowds were not big enough already when Djokovic took to Toronto’s practice courts, he arrived with One Direction’s Niall Horan for one session. Safe to say there was some noise in the viewing bleachers. (Photo: Marianne Bevis)

And here was one last memorable moment, one that had been evolving through their several 2014 meetings: an obvious warming between the two recent fathers in what has been a sometimes edgy relationship.

Their rivalry will be one of the storylines to watch in 2015, though it will surely be Djokovic’s quest for a first French Open title will captures tennis’s imagination.

See more Djokovic photos from 2014 on the Flickr slideshow below: