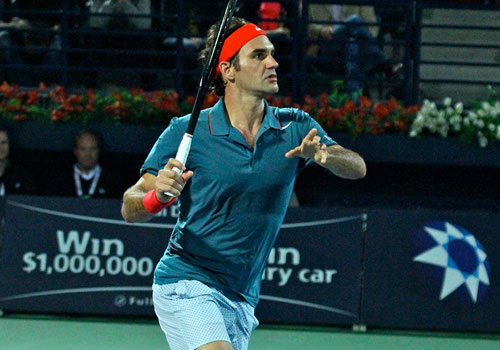 With just a few days left until Christmas, and tennis winding down—albeit for the most cursory of off-seasons—there is just time to scan back through some of the memorable moments that made 2014.

The starting point for this entirely personal review are photos that captured a moment, a match, a player. It is, of necessity, a highly selective collection: This correspondent could not reach every tournament, nor see every match at the ones she did reach. 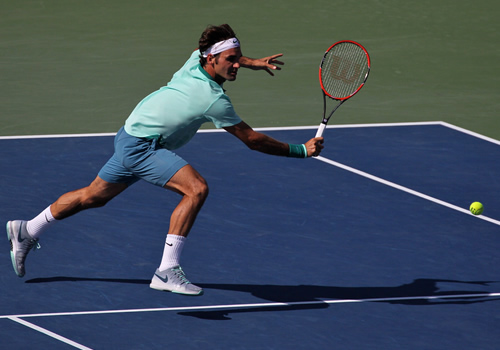 If one word summed up Federer’s success in 2014, it was ‘attack’: Always good at the net, his skill and enthusiasm there bore the influence of mentor Stefan Edberg. (Photo: Marianne Bevis)

Coming up in the following days are Novak Djokovic, Stan Wawrinka, and a compendium of both men’s and women’s ‘moments’.

But we begin with Mr Headliner: The calm eye in the storm that he seems to generate everywhere he goes. Always popular, Roger Federer’s following grows with every passing year—and never more so than in 2014.

After a relatively poor season in 2013—the result of back problems and a slip in rankings, form and confidence—he put doubters to the sword to win more matches in 2014, 73, than in any year since his ground-breaking 2006. 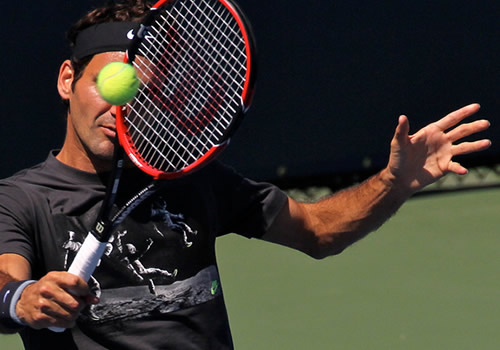 He started the year with a new, bigger racket in his hand and childhood hero Stefan Edberg in his box. Now back to prime fitness, he went on the attack—literally—charging the net at every opportunity, and climbed back from No8 in March to No2 by the year’s end via five titles from a tour-leading 11 finals and 17 top-10 victories.

Along the way, he even opted out of the Madrid Masters to join his wife in celebrating the birth of a second pair of twins. 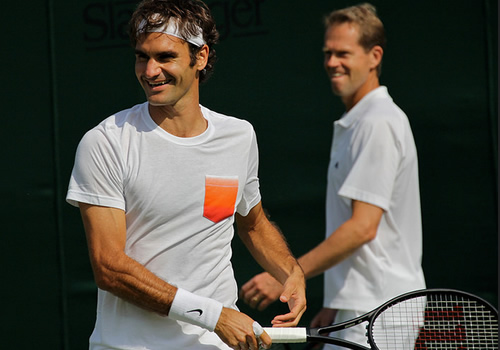 Warm-up sessions between Federer and Edberg became the must-see sessions on outside courts. (Photo: Marianne Bevis)

Federer ended the year with his 12th consecutive Fans’ Favourite Award and, because his popularity is not confined to the fans, with his 10th Stefan Edberg Sportsmanship Award from fellow players. Then in Lille, he joined forces with compatriot Stan Wawrinka to win Switzerland’s first Davis Cup. 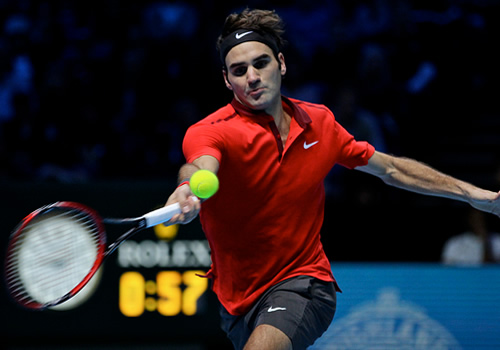 Federer went unbeaten at the ATP World Tour Finals until back injury forced him to withdraw from the final. (Photo: Marianne Bevis)

After such a year, the 33-year-old superstar of tennis might be expected to hide away with his growing family for a while, yet he’s jetted in and out of training blocks in Dubai to the raucous fun of the IPTL in Delhi, to Switzerland to pick up two Swiss Athlete of the Year Awards, and finally back home once more for a Christmas charity Match for Africa with Wawrinka—and Christmas.

Perhaps Federer will take a breather in 2015. Then again, perhaps he has other ideas.

See more Federer photos from 2014 on the Flickr slideshow below: