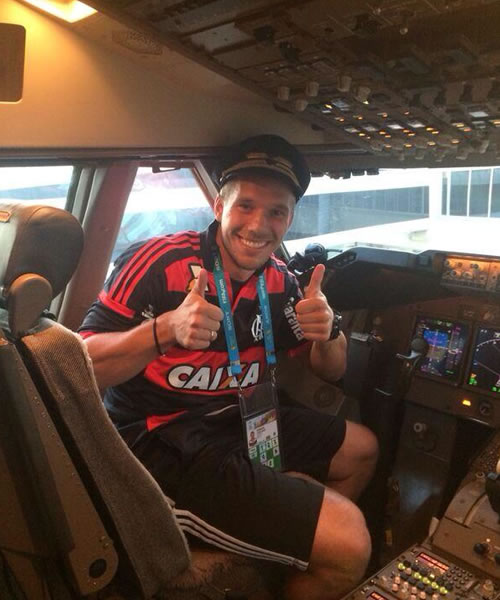 Germany’s World Cup winners have arrived back in Berlin to celebrate their historic fourth title with a huge party at the Brandenburg Gate.

The plane carrying the victorious German players touched down at the capital’s Tegel airport at 09:08BST on Tuesday, with tens of thousands of jubilant fans waiting in the sun to give them a heroes’ welcome.

Arsenal stars Lukas Podolski and Mesut Ozil were among the players to take to social media to post some snaps of the journey back after their World Cup final win over Argentina on Sunday.

Podolski even posed as the plane’s captain and wrote: “Welcome on board. Captain Podolski is speaking. We’re looking forward to seeing all our fans in Berlin! #lp10 #aha” 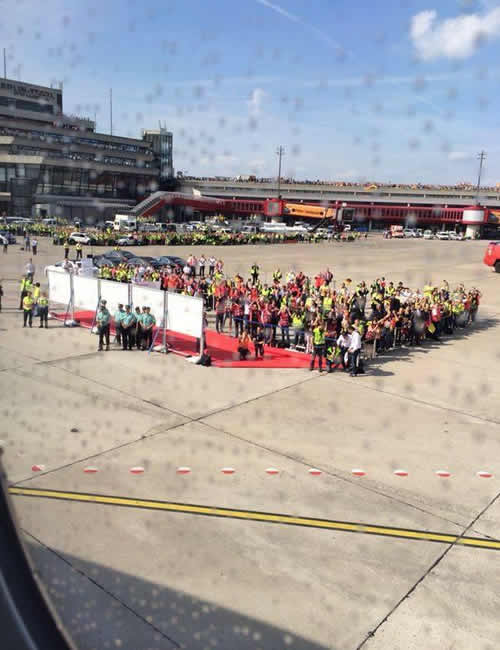 Mesut Özil posted this picture from his window after touching down in Berlin (Photo: Mesut Özil/Twitter) 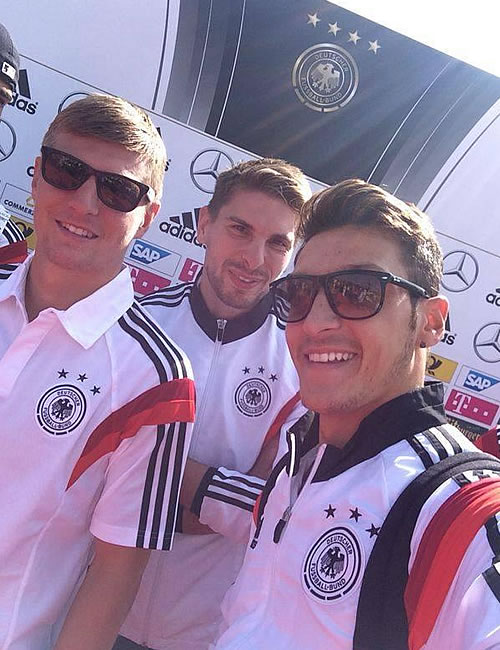 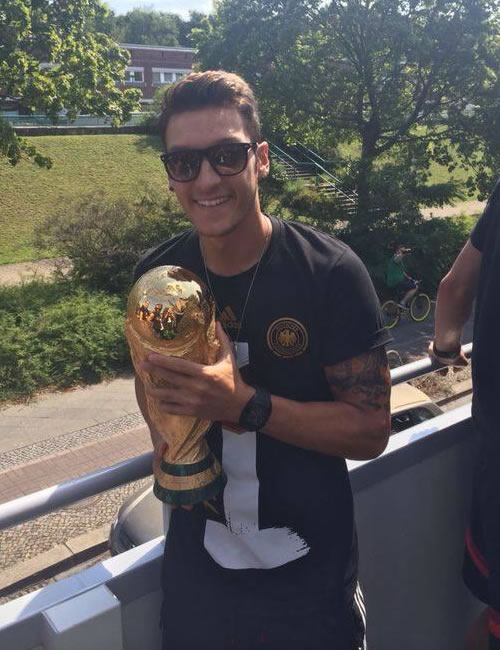 And Özil quickly posted another snap of him holding the trophy after boarding the open-top bus (Photo: Mesut Özil/Twitter) 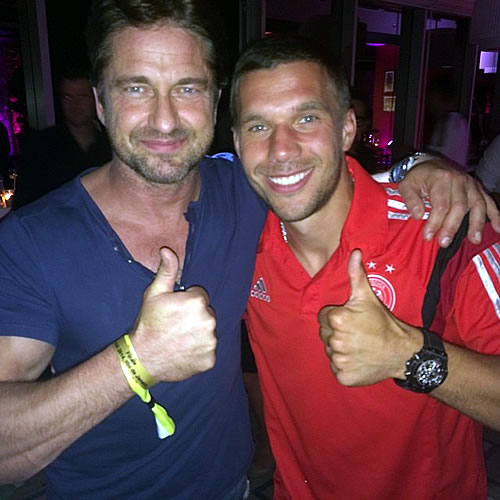 The Germany stars returned back home after celebrating their World Cup win with the likes of Rihanna and actor Gerard Butler (Photo: Lukas Podolski/Twitter) 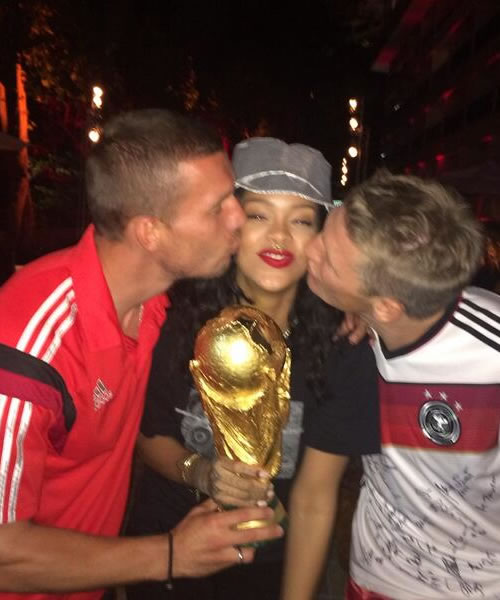 Music star Rihanna got up close and personal with the Germany squad after their World Cup final win over Argentina (Photo: Rihanna/Twitter)