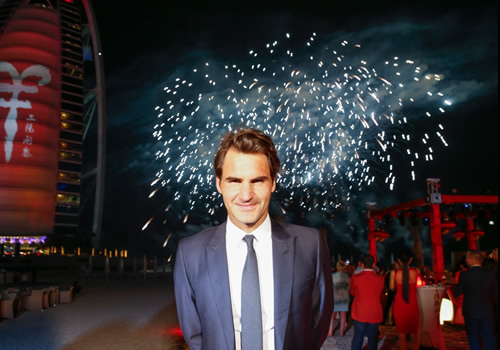 Six-times Dubai champion Federer was invited to participate in the ceremony for the colouring of the eyes of the lion. The lion dance is a traditional cultural dance performed at significant ceremonies and Chinese New Year celebrations. 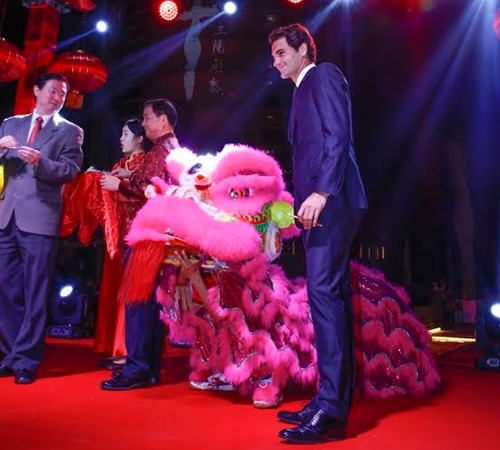 Colouring of the eyes is an important part of the ceremony, and the responsibility is reserved for someone of high social status, as it is believed to give the lion its spirit, and brings it to life. This ceremony must be undertaken prior to the lion dance commencing.

Federer was delighted to be part of the ceremony, saying: “It’s been a fantastic evening, I’m honoured to have been part of this celebration. The Burj Al Arab is iconic, and this celebration is a nice gesture for the Chinese guests. 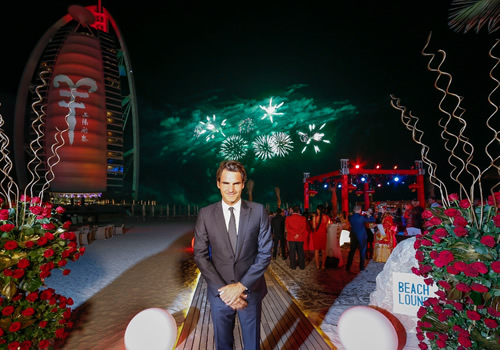 “I’ve had some amazing moments playing here in Dubai, especially playing here on the helipad, and playing in China too, so the chance to celebrate this, I wasn’t going to miss it.”

About the forthcoming tournament, Federer said: “I feel OK coming into this year, I know the court well, I know what to expect. I had two weeks off after the Australian Open so I feel refreshed and ready to play.

“I really like the stadium, I’ve played very well here over the years, and the Dubai tournament is run so well, it’s a great event and a great atmosphere.”