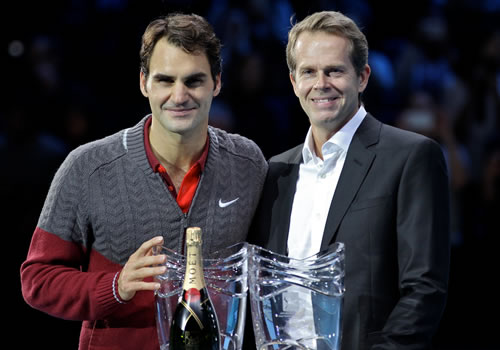 The popularity of Roger Federer, one of the most admired sports personalities in the world both with fans and fellow athletes across the sporting spectrum, seems only to keep growing.

If proof were needed, he last week topped two of the most sought-after polls in tennis. Not content with winning the plaudits of his colleagues to claim the Stefan Edberg Sportsmanship Award for a 10th time, he also won 65 percent of the public vote to win the ATPWorldTour.com Fans’ Favourite trophy.

And Federer’s global popularity is not simply the consequence of the 33-year-old’s longevity and durability: He won his first Fans’ Award in 2003—and has won it every year since, 12 consecutive times. 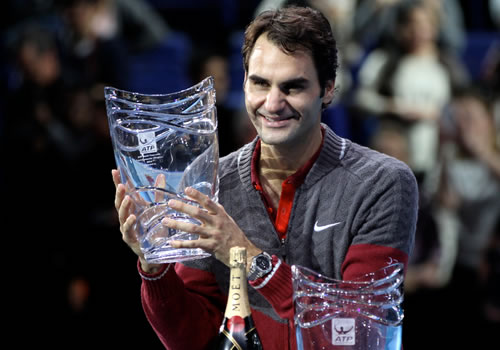 While the fans’ support undoubtedly gives him great pleasure, the Sportsmanship Award must give particular personal satisfaction. This year’s takes him to twice the number won by the man after whom the Award was named.

Stefan Edberg claimed his fifth Sportsmanship Award in 1992, and the Swede became one of the Federer’s tennis idols. So much so that the Swiss approached Edberg to become his mentor a year ago—and Federer has since enjoyed a resurgence in form, results, and rankings.

So in a perfect coming together for fans and colleagues alike, Federer accepted his Awards at the O2 from Edberg himself after a comprehensive opening victory in the Swiss man’s 13th year at the season’s finale. 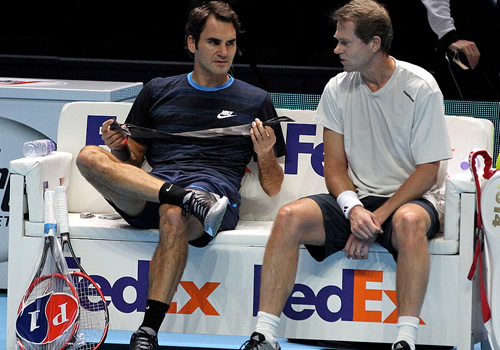 And it has all taken even the star of the show by surprise: “I feel very honoured to receive [the fans’] award. Thanks for always supporting me wherever I go. Tonight, when I entered the building, it was one of the greatest ovations I’ve received in my career!

“Stefan has paved the way for me. He’s been my hero. It was a big surprise that he actually decided to come work with me and travel the world. He’s been a great inspiration both on and off the court.

“This Award [for Sportsmanship] means a lot to me. I try to play as fairly as I can. This is a classy sport and I try to represent it as well as I can.”

Edberg added: “It’s about being honest and respecting everyone around you, such as the ball kids and the umpire.”

Expect Federer to continue to draw the fans like a magnet at every turn this week, whether in practice, in matches or simply stepping off the river-boat at the pier. He has grown used to it, yet still always makes time.

Even his disappointed losing opponent, Milos Raonic, could not afterwards deny the Federer effect: “Every time you play Roger, the crowd’s on his side, even if he’s playing a local favourite. It’s hard for people to cheer against Roger. He’s very tough to cheer against.”