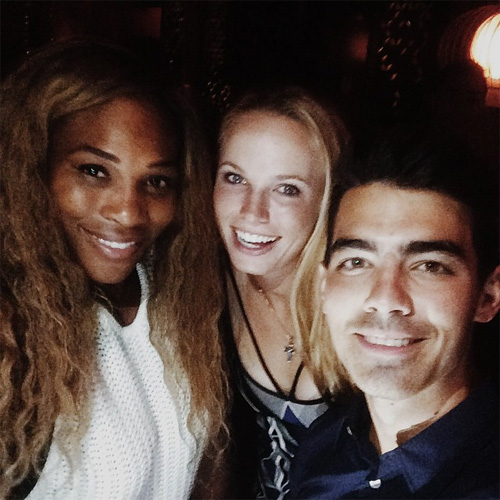 Caroline Wozniacki could be forgiven for wanting to steer clear of champion Serena Williams, but the Dane showed there are no hard feelings about her US Open final defeat after partying with the champion.

The world number one secured a comprehensive 6-3 6-3 victory over tenth seed Wozniacki at the Flushing Meadows showpiece on Sunday, joining Chris Evert and Martina Navratilova on 18 Major titles.

For her beaten opponent, it was a second US Open final defeat after Wozniacki was beaten in straight sets by Belgian Kim Clijsters in New York in 2009.

However, the 24-year-old, who has reached two Grand Slam finals in her career, was happy to party with Williams following the final as the pair proved that their close friendship off court is alive and well.

32-year-old Williams admitted that drawing level with Evert and Navratilova meant a lot.

“I’ve been trying to reach it for so long,” Wiliams said of her 18th Major crown. “I didn’t really think I would get there. I felt so good.”

Photo: Novak Djokovic vows to come back stronger after US Open loss