Marianne Bevis takes a look back at the Internazionali BNL d'Italia, where Maria Sharapova beat Li Na to triumph in Rome

It’s not a bad way to prepare for the French Open next week, especially for a woman who has won all three of the other Grand Slams in her decade on the tour—the first as a willowy teenager at Wimbledon back in 2004.

Maria Sharapova has become the woman to beat as the season heads into Roland Garros by winning two clay titles—first in Stuttgart against the Nos 1, 3 and 5 seeds, and now in Rome against the reigning French Open champion, Li Na. That’s a win-loss record of 11-1 on clay in 2012. 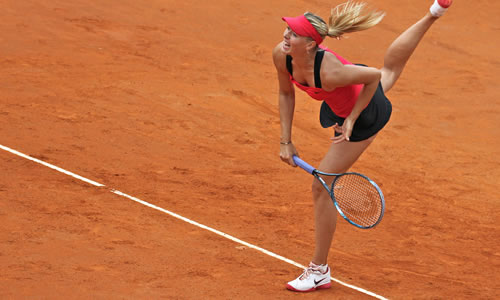 Once upon a time, Sharapova was more at home on grass and hard courts, and still she has reached the finals of the Australian Open, Indian Wells and Miami this year. But her latest win, in a dramatic, rain-interrupted three-setter in Italy, took her to five clay titles from five clay finals, and four of her last five trophies have come on clay. That takes her to joint fourth place among active players for clay wins—jointly with Serena Williams.

And if anyone else can be dubbed favourite for the French Open, it should indeed Williams. Although she withdrew from her semi-final in Rome with a lower back problem, Williams is also enjoying an outstanding clay season. Her exit from Rome ended a 17-match winning streak that included titles in Charleston and Madrid. 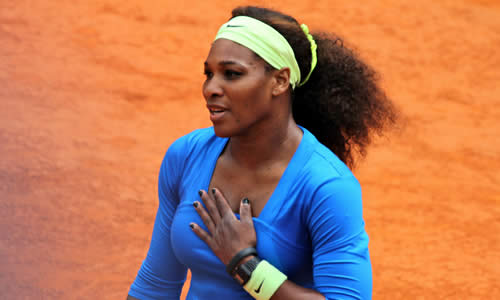 She, like Sharapova, has enjoyed much more success in the other Slams, with eight of them coming on hard courts and four at Wimbledon. And yet her second ever Slam was her only French title—10 years ago—and another win, after two years’s absence in Paris with injury, would surely taste especially sweet.

It is not often that a doubles title lifts a crowd as much as a singles one, but with Italian favourites Flavia Pennetta and Andreas Seppi both doing their home country proud with quarter-final finishes in the singles in Rome, there were even higher expectations for Sara Errani and Roberta Vinci in the doubles. 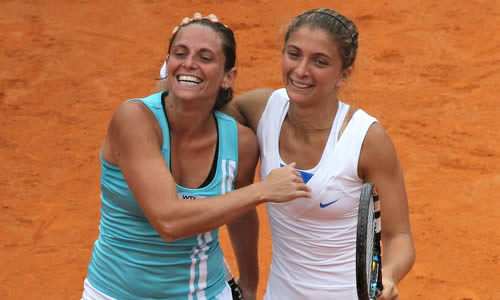 And the No3 seeds did not disappoint. Taking out the best pairing in the world, Liezel Huber and Lisa Raymond, on the way, they won their fifth title of the year and their third straight clay title in a row—a match-win streak of 13. They also became the first Italian pair to win Rome since 1985 and, rightly, the centre court at the Foro Italico gave them a standing ovation. 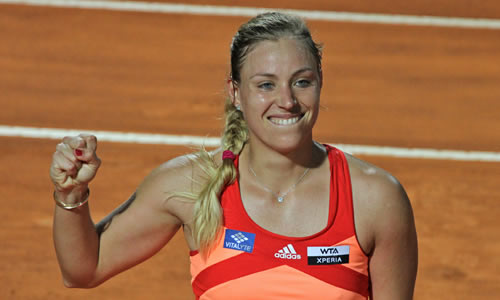 One other mention ahead of the French Open should go to Angelique Kerber, who made her top-10 debut—and produced the biggest smile of the week—with her semi-final finish in Rome. After reaching her first Grand Slam at the US Open last year, Kerber rose from 92 to 32 in the rankings and this year won her first title in Paris, beating Marion Bartoli, and her second soon after in Copenhagen, beating Caroline Wozniacki. 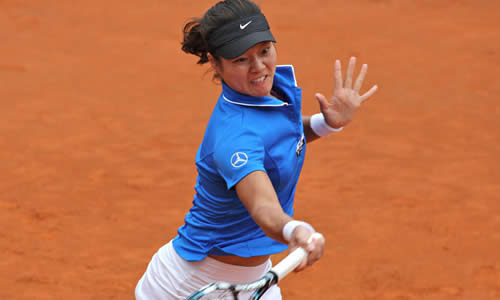 Kerber now stands above a burgeoning German squad of Sabine Lisicki, Andrea Petkovic and Julia Goerges and although she may not threaten Sharapova and Williams in Paris, by the end of 2012, she could well be a new addition to the top five.

You can find many more photos of Sharapova, Williams and other players and moments from the Rome Masters on Flickr.