Pirelli defends its controversial tyre testing session after the Spanish Grand Prix, insisting that it "did not favour any team" 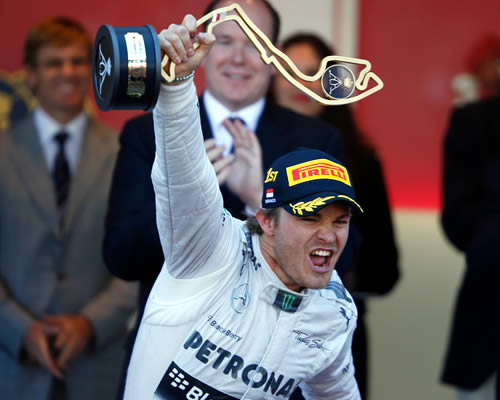 Pirelli has defended its controversial tyre testing session after the Spanish Grand Prix, insisting that it “did not favour any team”.

Red Bull and Ferrari lodged an official protest at last weekend’s Monaco Grand Prix after discovering that the tyre supplier used Mercedes to do a three-day test earlier in May.

The FIA said the governing body “may bring the matter before the International Tribunal” after Mercedes’ Nico Rosberg won the Monaco race.

But Pirelli released a lengthy statement on Friday, in which it insisted that no team has been favoured and claimed that the FIA was fully informed of the test.

It read: “Pirelli, in development testing with teams carried out in 2013, has not favoured any teams and, as always, acted professionally, with transparency and in absolute good faith.

“The tyres used were not from the current championship but belonged to a range of products still being developed in view of an eventual renewal of the supply contract.

“Further, none of the tests were carried for the purpose of enhancing specific cars, but only to test tyre solutions for future championships.

“The use of the car utilised by Mercedes, in particular, was the result of direct communication between FIA and the team itself.

“Pirelli did not ask in any way that a 2013 car be used: not of Mercedes nor FIA nor the teams which, during the year, were offered the opportunity of participating in tests for the development of tyres for 2014.

“Pirelli, however, feels the need to reaffirm the indisputable need to carry out tests for the development of tyres which are adequate and regulated by rules which are clear and shared by all the interested parties.

“The company confirms its availability, as communicated to the teams many times in the past, to organize tests for the development of tyres for 2014 with all the teams in the championship.”