Kieran Beckles takes a look at this weekend's Premier League winners and losers, including Chelsea, Liverpool and Harry Kane 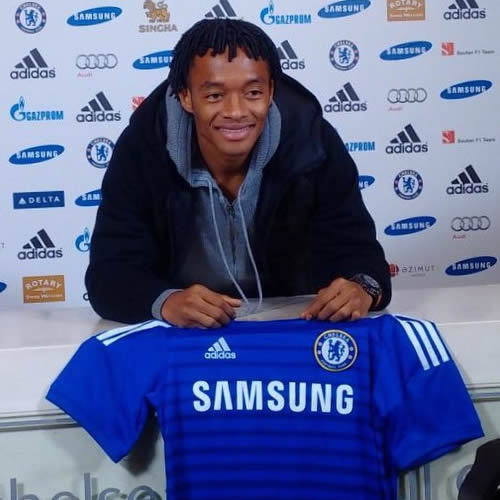 Chelsea In a relatively drab deadline day by past standards, Chelsea provided the Premier League with its only big-money switch. Juan Cuadrado sealed a £23.3m move to the Premier League leaders after a month of relentless speculation linking the forward with a switch to Stamford Bridge. The Blues have proven the real winners of the past two transfer windows, and the trend continued this January. Not only has Jose Mourinho signed one of the players of the World Cup, but the Blues recouped £23m from the sale of Andre Schurrle to Wolfsburg. Mohamed Salah moved in the opposite direction to Fiorentina on loan until the end of the season. The only concern for Chelsea fans could be that two established squad players have left to accommodate Cuadrado in an already tired-looking squad. No pressure, Juan.

Tottenham Hotspur Tottenham Hotspur were made to wait until deadline day for their only January signings as Dele Ali moved to White Hart Lane in a £5m deal from MK Dons. How Tottenham fans must remember fondly the transfer drama under Harry Redknapp. According to Gary Lineker, Spurs landed the deal of the January window after Harry Kane signed a five-and-a-half year deal to keep the ever-improving striker at Spurs until 2020. With talk of reported interest from Real Madrid, Mauricio Pochettino has maintained the momentum that Kane has largely helped to create by securing the striker’s long-term future. Expect Kane to add to his 20 goals in all competitions.

Sunderland If you fancied a punt, then backing Jermain Defoe to seal a move to Queens Park Rangers appeared a safe bet before the window opened. The England international has worked with Hoops boss Harry Redknapp at West Ham United, Portsmouth and Tottenham. However, QPR couldn’t afford a deal to sign the 31-year-old and he sealed a switch to Sunderland. Defoe scored in the Black Cats’ 2-0 win against fellow strugglers Burnley at the weekend, already repaying his reported £6.5m transfer fee. Sunderland have the 15th-worst goal record in the division. With Defoe’s help, you’d be a brave man to back against the Black Cats staying up.

Liverpool Brendan Rodgers was consistent if nothing else throughout the January transfer window. The Liverpool maintained that the Merseyside club were unlikely to dip into the market despite lacking goals up front. Whilst the return of Daniel Sturridge is, as Michael Owen suggested, like a new signing for the club after his five-month lay-off, Rodgers and Liverpool supporters will be nervous about Sturridge’s comeback in case of a relapse. The Reds had been linked with Napoli striker Gonzalo Higuain, Paris Saint-Germain forward Ezequiel Lavezzi, West Brom youngster Saido Berahino and Queens Park Rangers finisher Charlie Austin. If Sturridge avoids further injury, Rodgers will reflect on a transfer window where he, rightfully judging by the lack of activity from other top-four chasing clubs, resisted the urge to pay over the odds in January.

Sky Sports News HQ Who can forget transfer deadline day last summer? The Sky Sports News HQ reporters were accosted by boisterous fans outside Premier League training grounds. The sports broadcaster had clearly learned from that experience as most of their journalists were based well inside the perimeters of training grounds or stadiums. While it was a wise decision, the lack of fan interaction devalued the day as a spectacle. Sky Sports News HQ weren’t helped by the paltry transfer activity on Monday. Cuadrado aside, Darren Fletcher and Aaron Lennon provided the main talking points as the pair joined West Bromwich Albion and Hull City. Let’s hope for some mega-money deals in the summer!