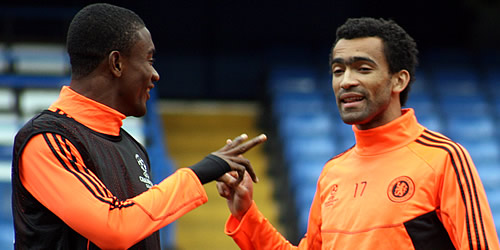 Harry Redknapp insists Jose Bosingwa was “choked up” by Queens Park Rangers’s relegation after the defender was accused of laughing at his club’s plight.

The Portugal international, who joined on a free transfer from Chelsea last summer, was pictured smirking as he walked off the pitch following the goalless draw with Reading which sealed QPR’s relegation.

But Redknapp insists Bosingwa was sharing a joke with one of the Reading players and was left bitterly disappointed – like everyone connected to the Hoops – by their failure to stay in the top flight.

“It was unfair [the criticism],” Redknapp told a news conference on Friday. “He walked down the tunnel and I was walking behind him. I was smiling at the end of the game.

“I’ve been crying all week after losing to Stoke and drawing with Wigan. I knew we were gone last week.

“He’s walking down the tunnel and another lad comes up to him and says something in Portuguese. He wasn’t laughing, he was thinking the same as everyone else at QPR.

“We’ve all been choked up by the way it has gone. It’s been coming now for the last couple of weeks since the Wigan game. It was always going to be difficult. It’s not been a lack of effort of desire.”

But Redknapp rubbished claims the QPR squad should have been too good to get sucked into a relegation battle.

“The squad isn’t good enough to have stayed in the Premier League – that’s the absolute fact,” he added.

“People keep saying, ‘he’s played for this team, he’s got these medals’. But it’s a team.

“You need strikers who are going to get 17 or 18 goals a year. We lose Ryan Nelsen in the middle of the season who was our best player here at the time.

“It’s been a difficult season but the squad isn’t good enough, that’s why we are where we are.”

QPR will be out to help Tottenham in top-four race, warns Fabianski