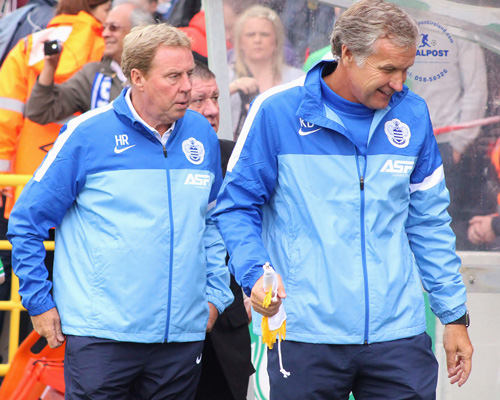 The France international came close to joining Liverpool before the Reds pulled the plug on a £12m deal after Remy reportedly failed a medical.

The 27-year-old, who moved to the Hoops from Marseille in 2013, continues to be linked with Newcastle United and Tottenham Hotspur in the summer transfer window.

Whilst Redknapp confirmed that Adel Taarabt wants to leave the west London side, the QPR manager is hoping to hang onto his prolific striker.

“Adel Taarabt is looking to leave. He hasn’t trained in pre-season and he needs to move on now. I know AC Milan are interested, it’s just about reaching an agreement,” Redknapp told 666Bet.

“I’m hoping Loic Remy stays – it will be like a new signing if he does. His attitude has been fantastic since he has come back, so we will have no problem welcoming him back into the side. If he is going to go, we need to know as soon as we can so we can get a replacement in.

“We’re still short, certainly need another three or four players. The chairman is working hard at getting the right players in, but these things take time. We can only spend what we can spend, so it’s certainly not easy.”

Liverpool celebration features in Premier League photo of the season