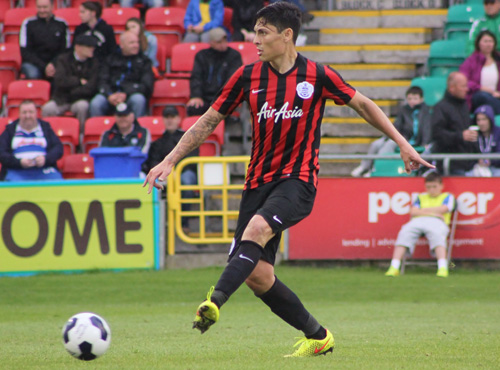 Harry Redknapp is “deeply saddened” by Ale Faurlin’s injury blow after the midfielder suffered a third serious knee injury in as many seasons.

The Argentine midfielder is set for a prolonged spell on the sidelines after sustaining an anterior cruciate ligament injury during a 1-0 loss to Burton Albion in the League Cup on Wednesday night.

He is a great man and player, and he’s suffered terribly bad luck over the last few years with injuries

Initially, Faurlin reassured Redknapp that he would be in contention to start against Sunderland at Loftus Road this weekend, but scans have since revealed an ACL problem independent of his previous knee injury.

“He is a great man and player, and he’s suffered terribly bad luck over the last few years with injuries.

“We will, of course, do everything we can to support him and help him back on the road to recovery.”

Faurlin suffered his first ACL injury in his right knee in January 2012, preventing the midfielder from helping QPR battle to top-flight safety.

“It looked so innocuous on Wednesday night, so this has come as a massive blow for us all.

“The knee itself stayed pretty stable, but the scans have since revealed his ACL graft has ruptured.

“If he has a repair it will be a six to nine month injury, which is absolutely devastating for all concerned.”