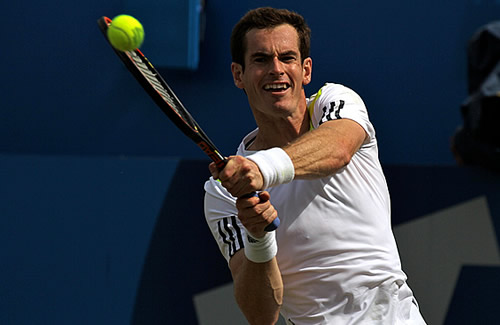 British No1 Andy Murray and defending champion Grigor Dimitrov have both committed to return to the Aegon Championships at Queen’s Club in London this summer.

World No6 Murray will target a record-equalling fourth title, while Dimitrov, who beat the Scot in the Wimbledon quarter-finals last year, will try to lift the famous trophy again after winning the tournament for the first time in 2014.

“I’d love to win the tournament again,” said Murray, who would join John McEnroe, Boris Becker, Lleyton Hewitt and Andy Roddick as four-time champions in the Open era if he were to triumph.

“I’ve had some great moments on those grass courts. It’s where I won my first professional match and my first title in Britain. When you see the names on the trophy, it shows how difficult it is to win. The year I won Wimbledon, it came a few weeks after winning at Queen’s, and it’s perfect preparation.”

Dimitrov, who defeated Feliciano Lopez 6-7 7-6 7-6 in a classic final last year, said: “I have always had a special relationship with everyone at the Aegon Championships, right from when I was given two wild cards early on in my career, to last year when I lifted the trophy for the first time.

“It is one of my favourite tournaments and winning the title last year was one of the best moments of my career so far. I am really happy that I will be coming back to defend my title and I look forward to playing in front of the great British crowds again.”

Aegon Championships tournament director Stephen Farrow added: “We are absolutely delighted to start the new year with such fantastic news. Andy and Grigor are two of the best players in the world, our two most recent champions and they are hugely popular with our spectators.

“Both have a long association with the event and we are very much looking forward to welcoming them back to the Aegon Championships in June.”

The Aegon Champions take place from 15 to 21 June at Queen’s Club.