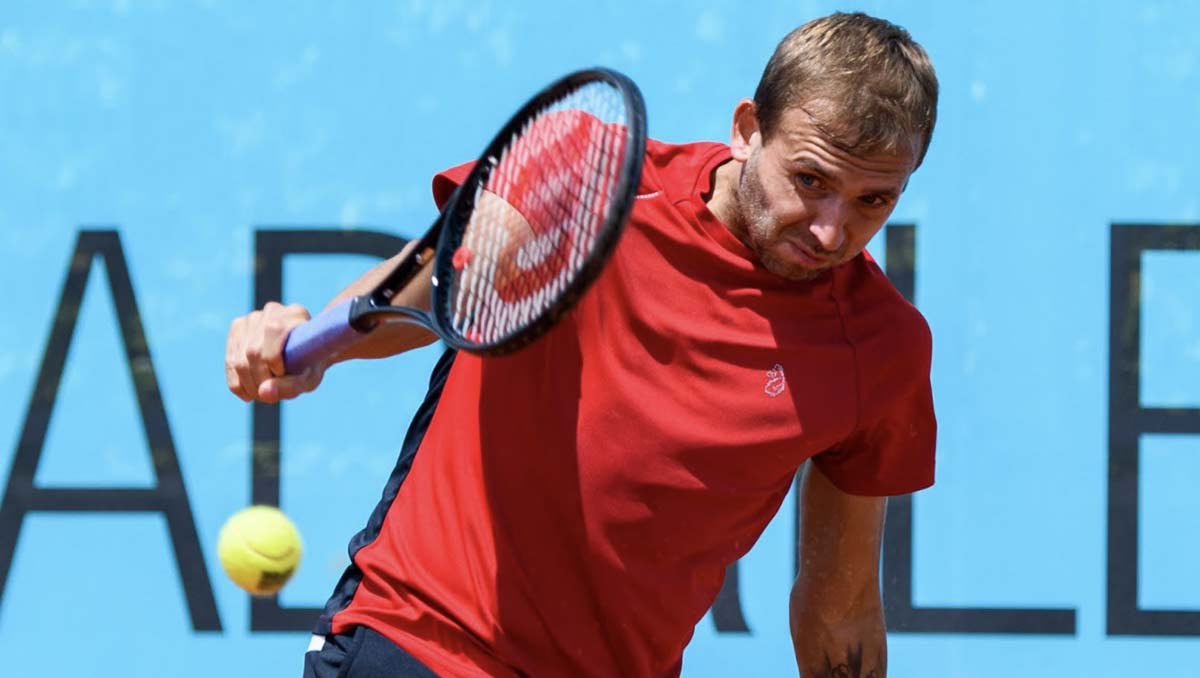 So far, there has been little to rain on the LTA’s parade after tennis returned to UK grass for the first time in two years.

Last week, Johanna Konta won her first title in four years at Nottingham’s Viking Open, where she had previously been runner-up in both 2017 and 2018. Her last title was in Miami in 2017, her last final in Rome more than two years ago, and she had not won back-to-back matches since Cincinnati last August.

However, splitting with her coach after a first-round loss at Roland Garros, and then announcing her engagement to long-term partner Jackson Wade, seemed to work some magic come her home turf. If there was a fly in the ointment, it came in her decision to withdraw from Eastbourne next week to rehab a knee problem.

This week, with the women’s tour now 50 miles down the road in Birmingham, it is the turn of Heather Watson to win back-to-back matches for the first time since last year with a run to the Viking Classic quarters, although it was via a retirement at 5-2 up in the second round.

However, it is at Queen’s this week that the newly-titled cinch Championships has seen some fine British action, and in front of a substantial array of fans into the bargain—though the usually packed stands at the compact club in the heart of Kensington has been limited to around 25 percent by Covid protocols.

Of course, all eyes were on five-time champion Andy Murray making his first grass appearance in singles in three years—and his first since returning from hip surgery to win the Queen’s doubles title in 2019.

As well as that major surgery, Murray has contended with assorted other setbacks, not least this year’s plans to play the Australian Open being halted by a positive Covid test.

So how would Queen’s most prolific champion bounce back from his latest groin injury? Well with crowd-pleasing form to beat the always-unpredictable Benoit Paire. There were crowd-pleasing tears too: The relief of an elite athlete at last getting back to where he belongs.

Not that the draw was kind to him. He next faced the top seed, the big-hitting, charismatic Italian, ranked No9, Matteo Berrettini. The Italian impressed during the clay season after winning the Serbia Open and reaching the final of the Madrid. And he translated to Queen’s pristine turf without missing a step, despite some greasy conditions on Thursday. Having battled past fellow Italian Stefano Travaglia in two tie-breaks in the first round, he dominated the home favourite, 6-3, 6-3, to reach the quarter-finals.

“This was really hard. We all know who Andy is, he is a great player and he was always there even until the last point… I know how tough it is to come back from an injury, so I wish him the best of luck. I think he played great today. I played better. I am just happy that he is back.”

But in this same quarter is the home nation’s current top seed Dan Evans, with his own brand of crowd-pleasing tennis, and seeded No6 after a career-best season that garnered his first title in Melbourne, and then a semi-final run at the Monte-Carlo Masters, where he beat No1 Novak Djokovic.

Evans, perhaps surprisingly given his single-handed, all-court range of skills, had not won a match at Queen’s since 2014, but would now play Adrian Mannarino, who beat Evans in 2013 on his way to the quarters. Like Paire, he is a tricky left-handed opponent, with variety and touch aplenty.

And Evans was certainly made to work against the Frenchman, saving a set point late in the second set. He survived in some style to win 6-4, 7-6(7), and with some impressive first-serve stats. So now it will be Evans’ turn to take on the 6ft 5ins Italian at the top of the draw in a first ever meeting.

But already the Briton, along with Jack Draper and Cameron Norrie, had sealed a place in the tournament’s history books—it is the first time that the home nation has had three or more singles players in the quarter-finals at Queen’s in the Open era.

Perhaps the best British performer so far this year, indeed, has been 25-year-old Norrie. He came to Queen’s with final runs in Lyon and Estoril, plus semis in Delray Beach, and quarters in Barcelona and Acapulco.

At the start of the week, Norrie won his first match at Queen’s at the fourth attempt, beating Albert Ramos-Vinolas 4-6, 6-3, 6-4. Then he had to take on another one of the form players of 2021, No5 seed Aslan Karatsev, who made his first Major semi in Australia—via qualifying—then won his first title in Dubai, and reached the final on Belgrade’s clay.

Karatsev counted among his scalps wins over Djokovic, Diego Schwartzman, Andrey Rublev, and Daniil Medvedev, all top-10 players. But at Queen’s, Norrie beat the Russian convincingly, 7-5, 6-2. This took the Briton to a personal-best 27th win of the year and into his first grass-court tour-level quarter-final since Eastbourne in 2018.

Unfortunately for the home crowd, Norrie will take on his 19-year-old compatriot for a place in the semis after Draper scored a shock win over Alexander Bublik, 7-6(5), 7-6(0), winning his fourth successive tie-break set of the week.

The former Wimbledon boys’ junior runner-up had already caused even more of an upset in his first match against perhaps the most promising teenager on the tour, No3 seed Jannik Sinner, 7-6(6), 7-6(2).

Worth a moment, then, to hear Murray’s views of his fellow Brits, as he heads out of the bubble and back home to see his wife and four children.

“Dan’s obviously been doing exceptionally well for quite a long period now. Did very well last year as well and the year before and has a game that suits the grass.

“Cam has had a fantastic year so far. You know, he’s getting better all of the time. I have practised with him quite a lot and spent a bit of time with him over the last few years, and he works exceptionally hard. He’s a very, very fit guy. Has a really good attitude.

“And then Jack, one of probably the best young players in the country, and again, I have spent quite a lot of time practising with him and training with him. You know, he’s got a big game, big lefty serve. He moves well for his height. Yeah, he’s going to do really well.”

It will certainly be worth tuning in for Friday’s quarters where, in addition to Norrie vs Draper, and Evans vs Berrettini, there are two more top-notch matches: No2 seed Denis Shapovalov faces Frances Tiafoe, while former champion Marin Cilic opens proceedings against Alex de Minaur.