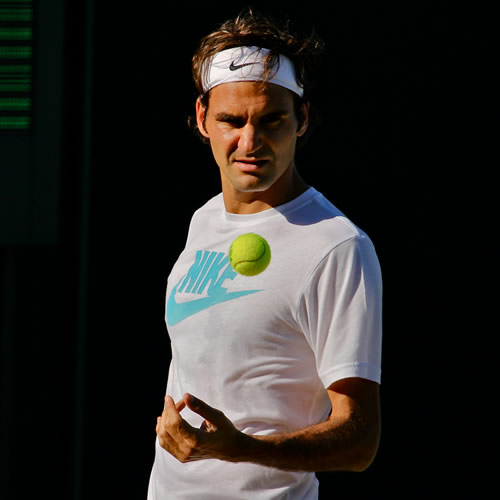 The problem with being one of the best tennis players in the world, setting records only to break them, stacking up Grand Slam titles and dominating the rankings year after year—you have to keep winning.

Rafael Nadal has faced this cruel reality more than once in the decade since he burst onto the scene with 11 titles, among them Roland Garros, in 2005.

He slipped from No1 to No3 in 2009 after knee problems forced him out of the grass season. By the end of the next year, though, he was at the top again with seven titles from nine finals, including a first US Open.

Knee injury again ended his season at Wimbledon in 2012 and saw him outside the top two by the end of the year. But after seven months away, he bounced back in 2013 with 10 titles from 14 finals to reclaim the No1 spot.

Nadal carried his good form into 2014, too, but yet again injury got the better of him through the latter half of the season—back, wrist and eventually appendicitis as well. His current season did not start until February but even so he fell only to No3. However after so many physical challenges, his return has had its pitfalls.

Of course, being the yardstick against which every other player measures themselves on clay has made each loss and each failed title defence a challenge in itself, and the fewer points he has managed to defend through and beyond Roland Garros, the more that challenge has been traced in the rankings.

Now he stands at No10, his lowest ranking since the spring of that remarkable 2005. But here is where the other side of the rankings sword comes into play. Nadal can now contemplate an upturn in his fortunes—precisely because of the downturn he suffered last summer. He has only 280 points to defend until the end of the year so even if he falls short of titles, even of finals, at the two Majors and four Masters ahead, he can only gain.

His immediate object will be to get himself back into the top eight and thus avoid meeting the top seeds before the quarterfinals of tournaments—and he has already begun to put his Roland Garros disappointment behind to take his first step back up the rankings ladder.

In Stuttgart, he won his first grass title in five years, since Wimbledon in 2010, and as he said after the victory, “At this point of the season, every victory is important and every title means a lot to me.”

He will continue his campaign with a return to Queen’s Aegon Championships this week, a tournament now in the 500 category: More points to gain.

Wimbledon will pose a bigger challenge: Nadal will need to reach the quarter-finals to gain points, and once there, just as at the French Open, he could face the best in the world, perhaps defending champion Novak Djokovic or seven-time champion Roger Federer.

Beyond the grass season, though, and Nadal can put on points at a pace. Make no mistake: This time around, he will benefit from the ruthless ranking process.

In the brutal year-on-year regime of winning and then defending points, Federer’s plateau of achievements—the most weeks at No1 and the longest unbroken stretch at No1—is as impressive as his match- and title-winning record. His has been a career marred by few injury blips, by smart scheduling, and by a consistently high level of play, and it has kept him at the top for much of the last 12 years.

The Swiss broke into the top three with his first Wimbledon win in 2003 and did not leave it until the autumn of 2011.

A Wimbledon-winning 2012 took him back to No1 but 2013 brought persistent back problems and earlier-than-expected losses at Wimbledon and the US Open. Such a slip in consistency and form saw Federer spend much of the latter stages of 2013 at No7, and the buzz grew as he came within weeks of not qualifying for the World Tour Finals.

But early losses at Grand Slams and just one title in 2013 enabled a reverse of fortunes in 2014.

With a healed back, new racket and new coach Stefan Edberg, Federer’s rise was as striking as the drop. From a low of No8 in February, he was No 3 after a Wimbledon final run and No2 after claiming his first Shanghai Masters, one of five 2014 titles. He even ticked off a first Davis Cup title with Switzerland.

2015 also started well, with three titles plus final finishes in Indian Wells and Rome. So he remains at No2 as he heads into his beloved grass swing—but now he faces the mirror image of Nadal’s ranking scenario.

Last year, Federer won Halle, gained 1,200 points at Wimbledon, reached the final in Toronto, won Cincinnati as well as Shanghai, made the semis in New York, and picked up a 1,000 points at the World Tour finals.

As he heads to his 34th birthday, and travelling more often without his growing family, he will now feel the other edge of the ranking sword: the need to play at the highest level, week in week out, just to maintain the points he has.

And there are men in the chasing pack who are better placed to gain points through the coming months, notably No3 Andy Murray, who did not go further than the quarters in any of the remaining Majors and Masters of the year in 2014.

Federer’s compatriot Stan Wawrinka, up to No4 after winning the French Open, made even fewer points in the last six months of 2014. And of course Nadal could put on more points than any of them.

As if it is not a tough enough job already to remain healthy, hungry and focused in this physically demanding sport of daily individual battles, the challenge of staying ahead of the rest is one that brooks no weakness nor blink of the eye.

And Nadal and Federer, as much as any men in tennis, have felt the edge of both sides of the sword.

Rafael Nadal: My targets for the rest of 2015