Will 28 mark another summer of celebration for Rafael Nadal, the most decorated French champion of them all? 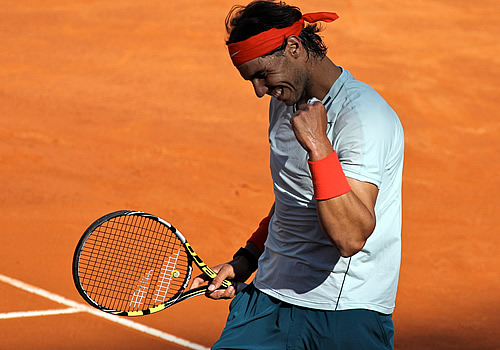 This year, defending French Open champion and world No1, Rafael Nadal, is able to celebrate his 28th birthday away from the spotlight—should he choose to.

Today, though, he continued to ply his trade with his usual gusto and intensity, in a familiar no-holds-barred practice session, not on a show court but on No4, and not against a fellow contender for the senior title but against the top seed in the junior draw—though teenager Francis Tiafoe lost yesterday.

So today marked a low-key birthday in the life of one of sport’s highest profile competitors during one of tennis’s most prestigious tournaments. And for this home-loving, quietly-spoken man of simple pleasures—a bit of fishing, a little golf, and dinner with friends, more often than not back on the island of his birth, Mallorca—that is probably just perfect.

But while Nadal’s birthday always falls in the midst of the Major that he has made his own since his very first appearance in 2005, it has not always been such a low-key affair.

Take the first of what is now 10 French Opens, the one where Nadal played his first match as an 18-year-old and his last as the 19-year-old champion?

The teenager who arrived in Paris in 2005 was already something of a sensation, despite owning just one title at the start of the year.

In the South American ‘Golden Swing’, which he began ranked at 48, he won Costa do Sauipe and Acapulco. On his way to the European clay swing, he took Roger Federer to five sets in the final of Miami, and then launched into what would become a record-setting run to win in Monte Carlo, Barcelona and Rome. He would go on to win all three at least seven times—eight times in Monte Carlo and Barcelona—and then there was Paris.

It is fair to say that, by now seeded No4, Nadal had already made himself one of the favourites for the 2005 Roland Garros title, too, despite it being his first ever appearance. 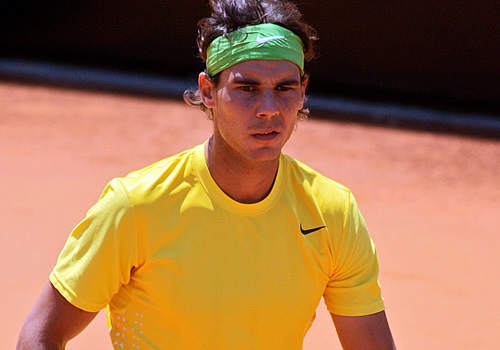 Then, as now, he met Ferrer in the quarter-finals, though the older man was ranked only No20. Still only 18, Nadal won 7-5, 6-2, 6-0, but would walk onto Philippe Chatrier on his 19th birthday, to play the semi-final against No1 Federer. It would be the first of no fewer than five Roland Garros meetings, and the next four would all be finals: Nadal would win every time.

In 2005, the Spaniard had one more match to play before he could lift the Coupe des Mousquetaires, and it was against the unseeded Mariano Puerta. He lost the first set in a tie-break before claiming his first French title and his first Grand Slam, 6-3, 6-1, 7-5.

His demeanour in victory could have been written yesterday, for Nadal’s modesty in the face of outstanding achievements still endures: “I thought I was going to lose after he won the first set, I really thought he could win. But I fight for every ball. When I have problems in the match, I fight, I fight, I fight every game. These moments are very strong and when you reach your goal, it’s an extraordinary moment. For the first time, I cried after winning a match.”

Roland Garros would not mark the end of Nadal’s impressive 2005, either. Indeed he would end the year with more titles than in any other year since: 11 of them. He closed the year, as if to emphasise his stature when it comes to surfaces other than clay, with the Madrid title in the days when it was played indoors in October. And he would, incidentally, go on to win a few more in Madrid when the tournament moved to spring and to clay: three and counting.

Each and every birthday since 2005, Nadal has spent in Paris, and at all but one—his only loss in 2009 to Robin Soderling—he has ended as champion. Few will surely ever remember their birthday with such pride and such records.

He claimed his eighth French title last June, the only man in the Open era to win one Major so often. And he has done so twice without dropping a set: in 2008 and 2010. Should he win this year, he will be the first man to win five French titles in a row.

He has won more matches at Roland Garros than anyone else—63 so far—and should he win three more to claim the title, he would equal Pete Sampras on the Grand Slam record list with 14. He would also keep a hold on the No1 ranking.

So will 28 mark another summer of celebration for the most decorated French champion of them all? Before the tournament began, there was perhaps less certainty surrounding Nadal than at any time since his first appearance here.

Monte Carlo did not yield the expected ninth title: He experienced a rare loss to Ferrer in the quarters. Barcelona did not bring a new record, either: He lost to Nicolas Almagro in the quarters. Madrid was not entirely comfortable: He was a set down against Kei Nishikori before the Japanese man retired with back injury in the third set of the final. And in Rome, Nadal dropped a set to Gilles Simon, Mikhail Youzhny and Andy Murray on his way to the final… and there lost to arguably the favourite to take this year’s French title, Novak Djokovic.

And with Ferrer, possibly followed by Murray and then probably Djokovic in the final, the defending champion faces one of his toughest ever French challenges.

But what satisfaction would victory bring, in the face of such obstacles, for the king not just of clay but of Roland Garros?

French Open 2014: Djokovic still on course for career Grand Slam and No1