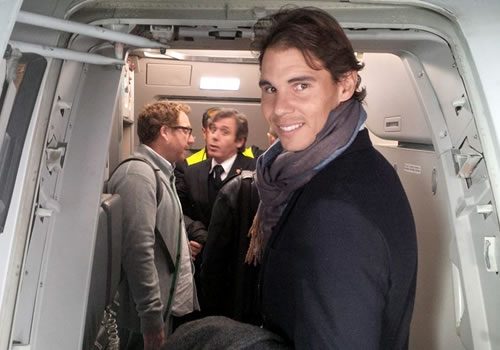 Rafael Nadal is hopeful that he will be fully fit in time for the 2015 Australian Open.

The Spaniard was forced to miss the season-ending ATP World Tour Finals in London last week after undergoing surgery to remove his appendix.

The 28-year-old is now on the road to recovery and is confident that he will be fit and ready for the first Grand Slam of the 2015 season.

“It will be 10 or 12 days before I can practise again, so [I] will have all of December to try to put my body and my tennis at the right level to be competitive in January. I am going to work for it, that is my goal,” said Nadal.

“I hope to be healthy enough to work as much as I need, and as I want, if that happens I really feel confident I can come back strong.”

Nadal continued: “During this year I had some periods when I had some problems in my back. During these months, I did not have the chance to compete with all of the things which happened to me. I have time enough to fix my back 100 per cent again.

“When you have been out of the tennis court for two months, when you practise again on the first day, you will not be 100 per cent. But the most important thing is I will be healthy to increase the practice every day and can then be around 100% by 8 December then have one month to practise at 100 per cent.”

Will Rafael Nadal be ready for the Australian Open?