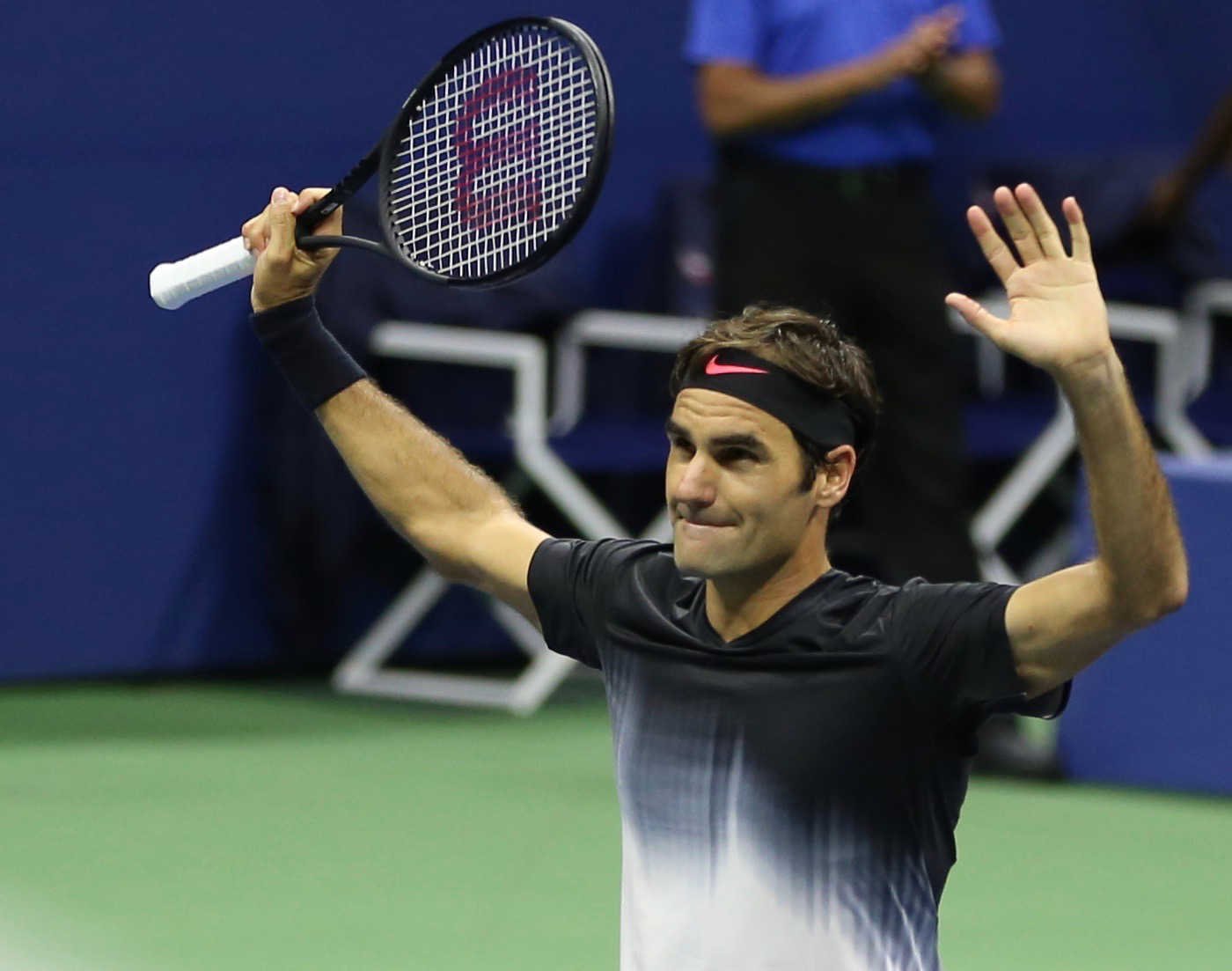 Roger Federer will take on Rafael Nadal in the final Photo: Marianne Bevis

The glamorous Shanghai Rolex Masters, winner of the ATP Masters Tournament of the Year five times in its brief history, was missing its two most prolific champions this week, as Andy Murray and Novak Djokovic, with three titles apiece, were both absent with injury.

But make no mistake: Few fans of the tournament and of tennis will believe they have been short-changed come finals day at the outstanding Qi Zhong venue.

The two best players in the world this year, and one of the most charismatic rivalries of the Open era—world Nos 1 and 2 Rafael Nadal and Roger Federer have met 37 times across 13 seasons—will face one another for the fourth time this year having both bounced back from an injury-blighted 2016.

Nadal and Federer have shared many of 2017’s honours, including all four Majors, and before the US Open, they were both in contention for the No1 ranking. But bypassing the clay swing and then picking up a back injury through the US Open Series hit Federer’s chances while Nadal accelerated to the top.

And having got there, the resurgent Spaniard, who has made the final in Shanghai only once before, in 2009, has been backing up his US Open victory with one of his finest Asian swings to claim the Beijing title and reach the Shanghai semis.

Once there, he joined battle with No4 seed Marin Cilic to produce one of the finest best-of-three matches of the season, two and a quarter hours of intense competition, high quality, and just enough swings in momentum to keep the fans cranked to high volume.

Cilic, on these fast Shanghai courts, was playing with the kind of free-hitting power that won him the US Open in 2014 and took him to the Wimbledon final this summer. And although he had a losing record against the Spaniard, he earned a chance to take the lead in the 10th game of the first set.

At 5-4, he went 40-15 on Nadal’s serve with two blistering forehands. However, Nadal’s serve—perhaps the most improved part of his game, in its variety and power, since tying up with Carlos Moya at the start of the season, saved the day. A double fault gave Cilic another bite of the cherry, but again, Nadal thumped his swinging leftie serve wide to Cilic’s backhand wing and held the eight-minute game, 5-5.

The effort, and disappointment, affected Cilic’s focus just for a moment, long enough to miss three shots in a row and hand the break to Nadal: The Spaniard served out the set, 7-5, and the Qi Zhong stadium erupted.

When Nadal got an early break in the second, and then held to love, he looked as formidable and confident a world No1 as you could wish for, but Cilic has learned to express his emotions more forcefully on court since joining his own new coach, Jonas Bjorkman, and the Croat fired back to break in the sixth game, 3-3. Nadal was livid with himself for netting a volley, and hammered his knees with the centre of his racket.

Nadal upped the level again: a love hold, and then another break as he ran Cilic ragged. The Croat survived 0-40 and two deuces, but a less than perfect overhead opened up the court for Nadal’s signature running forehand down the line, and the Spaniard broke to serve for the match.

Still Cilic was not done, and unleashed his best forehands of the match to break for 5-5: It would go to a tie-break. At last, though, Nadal’s ruthless tactics and indefatigable energy broke down the Cilic game. He raced to his 16th straight match-win of the autumn, his 10th final of the year, 7-6(3). And he was very happy:

“[Marin] was playing huge. There are some points where I was at the limit. The court is probably one of the quickest of the year, but I think I played well. Only mistake were those two serves in the second set.”

And asked how much it would mean to tick off Shanghai, he grinned:

“Of course! It is one of the ones I never won before.”

But first, he will have to beat old rival Federer for the first time this year, for it would indeed be the Swiss who came through an equally compelling three-set thriller.

The 2014 Shanghai champion took on one of the men who has caused him the most problems in recent years, Juan Martin del Potro. For if there was a question mark over the outcome, fans needed only to look at Federer’s last main-tour match, the quarter-finals of the US Open. As del Potro had done to win his only Major there in 2009, he halted Federer’s campaign. Indeed, in four of their last seven matches, the Argentine had bettered Federer.

With the roof closed to the rain, del Potro may also have thought he had another edge: he had a 4-3 advantage over Federer indoors.

But there was possibly another factor at play this time: del Potro suffered an awkward fall during his quarter-final against Viktor Troicki, hurting the wrist that has undergone surgery more than once. In the event, a scan showed there was no lasting damage and he lined up against Federer for the 23rd time, the third this year.

He had to survive a stern 10-minute test and a break point in the third game, to hold for 2-1, but then he cranked up his fearsome forehand to convert his first—and what would be his only—break chance of the match, for 4-2.

Both men played hyper-aggressive tennis, attempting to punch holes in the other’s game, and though Federer’s speed and footwork around a court are renowned, del Potro’s movement and defence were also impressive—even when rushed at the net. He served out the set 6-3, while Federer looked unusually edgy.

The level of the Swiss serving, however, was rising all the time—he would drop just two points out of 34 first deliveries in the remaining two sets—and he dug in against the del Potro artillery in a 15-minute sixth game. He returned the big Argentine serve with interest, worked five break points, and finally drew the vital error, 4-2.

It was a turning point, Federer’s tennis lost its inhibitions, and he very nearly broke in the eighth game, too. As it was, he served out to level, 6-3—with just four errors to 14 winners.

The third set still had some blistering exchanges, but Federer broke in the third game, and again to win the match, 6-3, in around two hours.

It marked the former champion’s 350th Masters match-win, just six more than the man he will face tomorrow. And Federer will have to win the title to keep alive any hope of closing on Nadal for the year-end No1—and even then, the Swiss would need a blemish-free conclusion to the year to stand a chance.

Much may come down to which of the two men has the most left in the tank as Shanghai gives way to Basel, Paris and London, where they are both set to continue the race. But as Federer said ahead of the final that may end his chances:

“It’s nice at this late stage of the career that we still have these matches going on. There are only going to be a few chances for either player, and sometimes it’s just who blinks at the wrong time.”