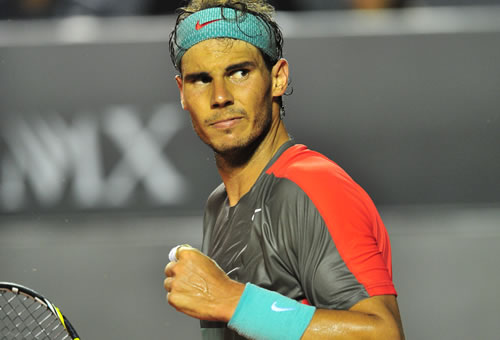 Rafael Nadal has announced that he will return to the Rio Open in 2015 to defend his title.

Dubbed the biggest tennis event in South America, the tournament is a combined ATP World Tour 500 and a WTA International and is set to take place on the clay courts of the Jockey Club Brasileiro from 16-22 February 2015.

“I am thrilled to have the chance to return to the Rio Open and defend my title next year,” said Nadal, who has withdrawn from next week’s Paris Masters.

“Playing in the inaugural event in Rio this year was an incredible experience and the support from the crowd was unmatched. From visiting Corcovado, to my first football match at Maracanã stadium, to the beaches and the energy of the people, Rio de Janeiro is a special place and I look forward to experiencing it again.”

On his first visit to Rio earlier this year, Nadal had to save two match points in his semi-final win over countryman Pablo Andujar before advancing to the final, where he beat Alexandr Dolgopolov in front of a sell out crowd.

The Rio Open is one of four tournaments the Spaniard has won this year, including a record ninth French Open crown, the Masters 1000 in Madrid and the ATP 250 in Doha.