Ray Parlour has warned Tottenham Hotspur that they are likely to endure a “tough” period financial constraint following their move into their new stadium.

Spurs have recently unveiled updated plans to build the 61,000-capacity venue adjacent to White Hart Lane, with the new ground due to open in 2018.

Arsenal found themselves unable to compete with the big clubs in the transfer market in the seasons immediately following their move from Highbury to Emirates Stadium in 2006.

And former Gunners midfielder Parlour expects Spurs to struggle for a similar period following the move to their new ground, which will be the largest club stadium in London.

“They might have the same scenario as Arsenal did, where they don’t have a lot of money to spend on players and the most important thing is staying in that area in that competitive nature,” Parlour told The Sport Review, speaking on behalf of Carlsberg, the Official Beer of the Premier League. 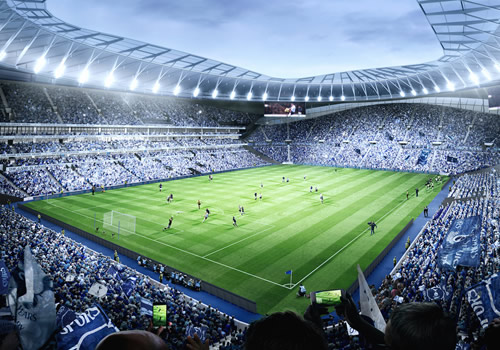 Tottenham hope to move into their new stadium in 2018Photo: Tottenham Hotspur FC

“It is tough, with the resources you have to use to move stadium – we saw Arsenal struggle to win trophies.

“Tottenham need to get a new stadium – it will be great for the supporters of Spurs. That is the next level for them and they’ve seen what The Emirates has brought to Arsenal. I’m sure Chelsea will be trying to build a new stadium as well.

“Arsenal have had that period where the money was going into the stadium and they couldn’t buy players, but now they’re out of it. Tottenham will probably go through that period as well.”