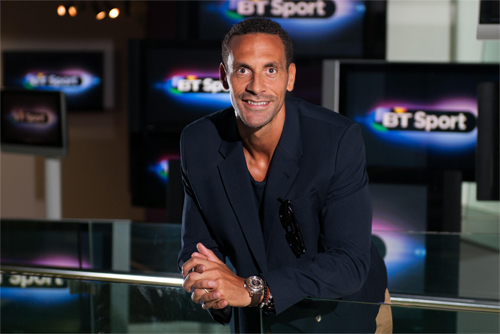 United were dumped out of Europe’s elite club competition on Tuesday night after they suffered a disappointing 3-2 defeat by Wolfsburg in Germany.

Van Gaal’s men will now need to prepare for a campaign in the Europa League after they finished third in their group behind Wolfsburg and PSV Eindhoven to be parachuted down into Europe’s second tier club competition.

And former United defender Ferdinand pinpointed Van Gaal’s decision to let the likes of Welbeck, Javier Hernandez and Robin van Persie leave the club as key mistakes by the Dutchman.

Speaking on BT Sport after Tuesday night’s game, Ferdinand said: “As we’ve said before, the players they’ve let go up front – Welbeck, a homegrown talent, Chicharito and Robin van Persie – these guys are guaranteeing you goals.

“They get you 15 goals every season. Welbeck offers different things and goals. It’s disappointing to see that.

“He’s relying on a 19-year-old [Anthony Martial] to be the main part of the team and play every week. When Ronaldo came to the club, and Rooney, they were dipped in and out for a few games, they weren’t relied on.”

United now turn their attentions back to the Premier League and their trip to Bournemouth on Saturday evening.

The Red Devils are currently fourth in the table and three points behind leaders Leicester City.

“They have to really focus and hone in on that and really make a push to get into this title race and to make sure they stay near the top of the league,” he added.

“The minimum is to finish in the Champions League places but they’ve got to really go for trophies.”