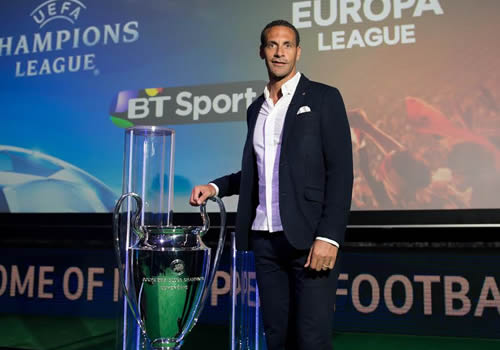 Rio Ferdinand believes that Manchester United have what it takes to win the Premier League title this season, if they can string together a positive run of results during the hectic festive period.

The Red Devils moved to within one point of surprise Premier League leaders Leicester City at the weekend after beating Watford 2-1 at Vicarage Road.

Louis van Gaal’s men head to the King Power Stadium on Saturday knowing that a victory over Leicester would move them top of the Premier League table.

And former United defender Ferdinand feels that the Red Devils are in with a chance of winning their first top-flight title since 2013 if they can continue to grind out results.

“Results-wise I think they’ve been impressive,” Ferdinand told BT Sport. “I think for the majority of the games, they’ve been controlling, but again we saw against Watford it wasn’t an easy game, and they didn’t make it easy.

“They controlled the tempo first half very well, second half, Watford created chances and if David De Gea isn’t in the form he’s in, they might not have come away with any points, let alone getting the three.

“There’s still a lot to improve in Manchester United, but the great thing about the league at the moment is that I feel the quality in this league isn’t as great as it’s been over the years, so you drop a point here or there, it doesn’t have a huge effect because no one is putting a great run together.

“United now look like a team who’ve got the capability of going on a little run, if they do that then they could run out champions.

The ex-England international went on to admit that United fans will be desperate to see their side win silverware in the coming years after becoming accustomed to success under Sir Alex Ferguson.

“It’s not the Gung-Ho, free-flowing football of the late 80s, 90s and 2000s they’re accustomed to – this is a more precise, slower-tempo football.

“It might not be as great to watch but listen if they win the league, if they win trophies, Man United fans will be happy.”