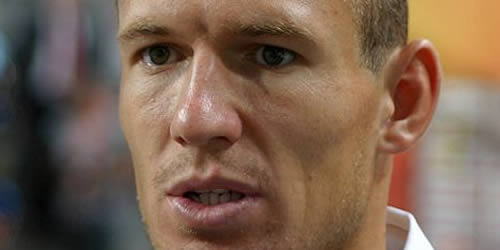 Robin van Persie and Arjen Robben shocked Spain after Holland were emphatic 5-1 winners against the World Cup holders in their Group B opener.

Van Persie levelled after Xabi Alonso’s first-half penalty before Arjen Robben and Stefan De Vrij put the Dutch 3-1 up, with the Manchester United striker and Bayern Munich forward both completing their routs.

Here is the best of the Twitter reaction from the professionals, past and present, to Holland’s demolition of Spain.

Southampton legend Matt Le Tissier (@mattletiss7) feels Spain are a tad fortunate to be in the lead: “Not a penalty for me, Costa trod on defender’s leg.”

John Hartson (@JohnHartson10) will regret this tweet in about 30 minutes: “Spain will go very close in this tournament..”

England legend Gary Lineker (@GaryLineker) is well-placed to judge a fellow clinical striker: “What a goal from RVP! Amazing what a bit of love can do.”

Wigan midfielder James Mcarthur (@jamesmcarthur16) uses colourful language to describe Van Persie’s goal: “Rvp was like a salmon there, I was like take a touch, chest it, what do I know #finish”

QPR midfielder Joey Barton (@Joey7Barton) reckons Iker Casillas should be worried as the Dutch add a second, third and fourth: “Pepe Reina and David De Gea warming up like crazy right about now…”

Dutch legend Ruud Gullit (@GullitR) is worried that Louis van Gaal’s men may have peaked too early: “Now I am thinking: did we peaked to early??????”

Former Germany midfielder Dietmar Hamann (@DietmarHamann) reckons that is it for Spain’s World Cup hopes: “Can’t see Spain coming back from that demolition. Let’s not forget the wonderful football they gave us for the last 6 years.”

Finally, man-of-the-moment Arjen Robben (@OfficialARobben) thanks all the supporters: “A great match today against Spain thanks to everyone for the support ! #Robben”